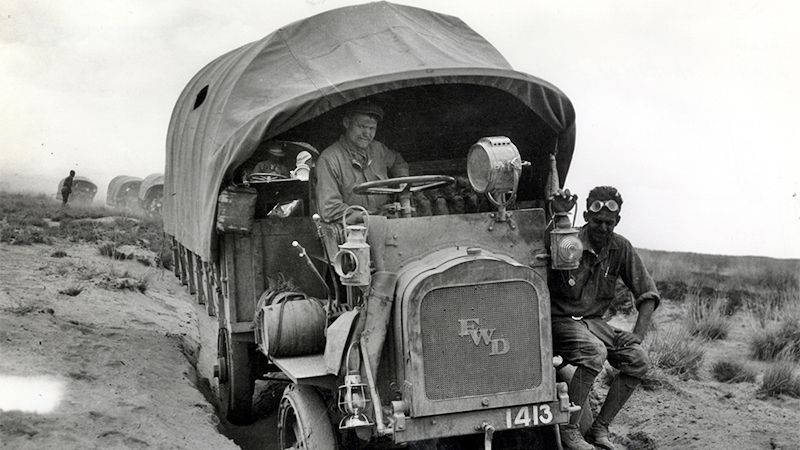 Editor’s Note: This is the second of a series of articles about soldiers whose names are on the Doughboy monument in Columbus.

Corporal Lawson G. Williams was the first Polk County resident to die in France during World War I. Born on June 9, 1893, he was one of 10 (more or less) children raised by William Terrell Williams, and Josephine (“Josie”) P. Melton Williams, on the “Columbus-Rutherford Road” in the Sandy Plains community. 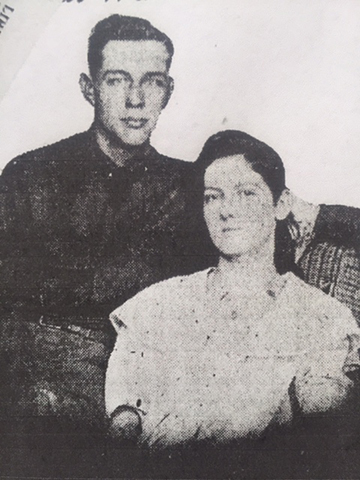 Lawson Williams left home to enlist in the U.S. Army in January, 1913, and was eventually stationed at Fort Sam Houston, San Antonio, Texas, in motorized transportation. In 1917 he deployed with Truck Company Number Six to the Mexican border on the “Poncho Villa Expedition.” After Villa, a bandit and revolutionary, crossed the border and attacked the town of Columbus, N.M., with suspected encouragement from Germany.

in the first use of truck convoys in a U.S. military operation. He returned to San Antonio, and his wife of several months, Albertine, but was there for only five days before being sent to New York for deployment to France. He arrived there on October 29, 1917 with the first American contingent of the Allied Expeditionary Force. More than two million American troops would follow.

On February 6, 1918, General Pershing reported from France that Corporal Lawson G. Williams, Truck Company Number One, Quartermaster Corps, had been killed on February 2, in a railroad accident “in the line of duty.” His remains were returned to the Williams family and buried at Sandy Plains Presbyterian Church. His civilian marker stands between the graves of his mother and father, who died years later.

Corporal Williams was the first soldier from San Antonio, and Fort Sam Houston, to perish. On February 8, the San Antonio Express featured a front page article, titled “San Antonio Boy with Pershing killed at war front in France … youthful bride mourns husband killed in France … ‘Why should he be the first?’” The newspaper report features an extensive interview with his wife and a large photograph of the couple. The article states that Mrs. Williams was 16 years of age but census and other records show that she was 21.

Lawson Williams and Albertine Allbright met at an ice cream social at the Church of Latter-day Saints in San Antonio. After a year of courtship, they married on June 22, 1917. Her family were German immigrants who farmed in Washington County, Texas. By World War I, she had changed her last name from “Albrecht” to the more acceptable English-sounding “Allbright,” which was not unusual. The Polk County News reported on August 23, 1918 that Albertine Allbright Williams had traveled from Texas to visit her husband’s family, and his grave, in Sandy Plains. It appears that she later remarried in Texas, had children and lived to age 79.