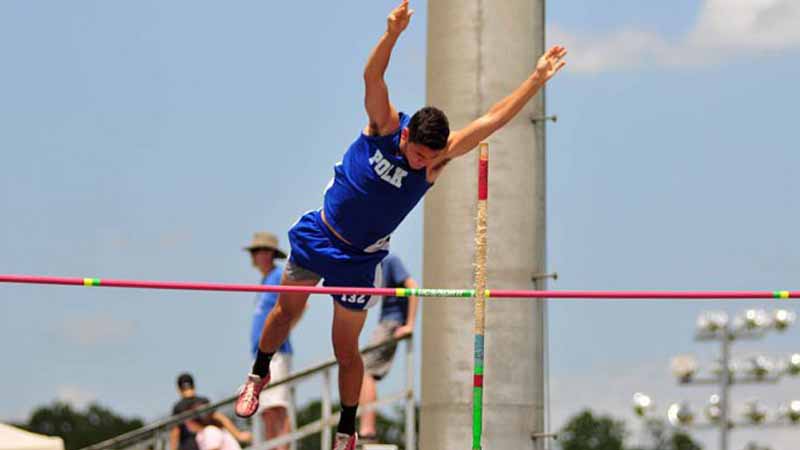 Polk County has received two nominations for awards at the 56th WNC Sports Awards Banquet presented by Ingles, set for May 7 at Omni Grove Park Inn.

A total of 100 athletes and teams from 29 area high schools will be honored at the event. The Mountain Amateur Athletic Club, which hosts the event, selected the finalists for 20 individual and team awards and 10 scholarships of $1,500 each.

The banquet also serves as the induction ceremony for the WNC Sports Hall of Fame. Murphy High football coach David Gentry and former Asheville Tourists executives Carolyn and Ron McKee will be the inductees to the Class of 2017.

The MAAC will also honor the Robbinsville High football program as a dynasty team and long-time Asheville Grizzlies football coach Phil Lytle will be given the MOOG/Gene Ochsenreiter Award for Lifetime Achievement. A Special Olympics Award will be presented to a local athlete and his organization will receive a $1,000 grant.

Among the 29 schools, Roberson High led the way with nine finalists, while Brevard and North Henderson had eight each.

General admission seats for the banquet, which begins at 5:30 p.m., are $40 and includes dinner and the awards program. Tickets can be purchased at wncsportsawards.org or by contacting Keith Jarrett at 828-712-6324 or keithjarrettasheville@gmail. com.

Seats for friends, family and school personnel of the finalists are $25 each. Those seats can be purchased through the school’s athletic director or by contacting Jarrett.

More than 30 local businesses and individuals provide sponsorship totaling more than $40,000 to the MAAC to conduct the banquet, which began in 1957.

Finalists for the 56th WNC Sports Awards Banquet include: