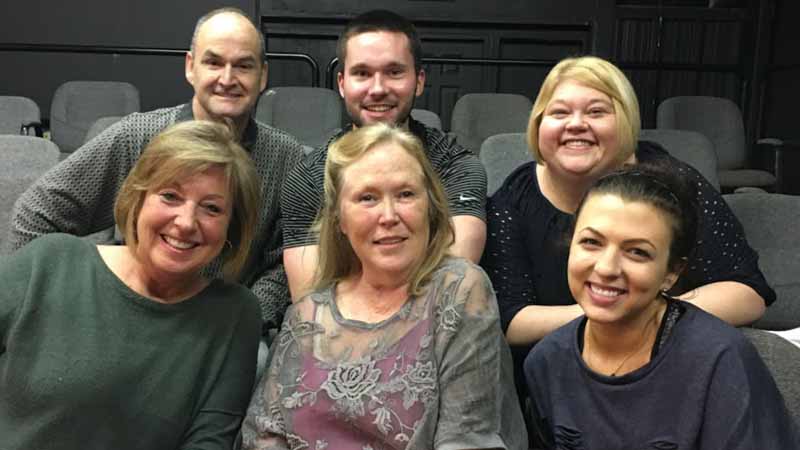 Tryon Little Theater is pleased to announce the cast for their upcoming show, “Vanya and Sonia, Masha and Spike,” written by Christopher Durang.

Set in the present, in a lovely farm house in Bucks County, Pa., adult siblings Vanya and Sonia reside in their old family home mourning their lost dreams and missed opportunities. When their often-wrong, fortune-telling maid warns of impending dangers, and their movie star sister, Masha, arrives unexpectedly with young, sexy, boy toy, Spike, the family is launched into a rollicking weekend of one-upmanship, exposed nerves, and a lot of broken mugs.

Critics have praised the play as “a humorous adaptation of Chekhov themes that doesn’t require familiarity with Chekhov.” It’s a laugh-out-loud comedy that will tickle your funny bone and stimulate your mind. In 2013, among numerous other awards, it won the Tony Award for Best Play and the Drama Desk Award for Outstanding Play.