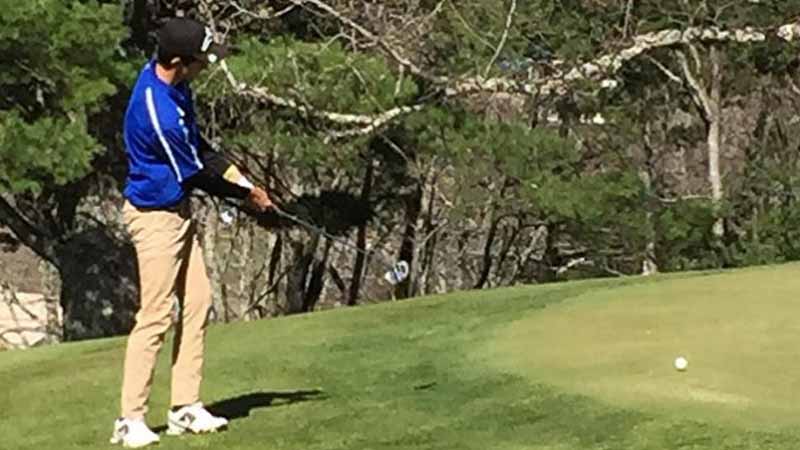 Gabe O'Brien chipped and putted his way to a team-best 83 on Tuesday (photo courtesy Pat McCool).

Polk County continued to establish itself as one of the Western Highlands Conference’s better boys golf teams this season, taking fourth Tuesday in a conference match at Mountain Air Golf Club.

Gabe O’Brien fired an 83 to lead the Wolverines, with Dillon Overholt adding an 85. Jaylon Bontrager finished with a 90 and Josh Chupp had a 95 for Polk. Hunter Lynch (99) and Nick Wilson (101) rounded out the scoring.

Polk County is slated to host another WHC meet on Thursday, with teams gathering at Tryon Country Club for a 1 p.m. match.