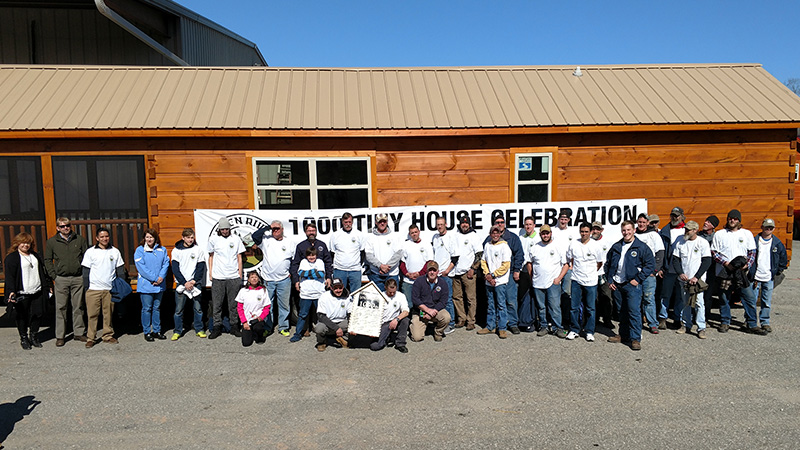 Green River Log Cabins of Campobello, S.C. celebrated the completion of its 1,000th cabin on Thursday, March 16 with a party featuring a bounce house, BBQ, free ice cream, balloons and the unveiling of a new, 400-square foot mobile cabin model. Staff members also signed a plaque commemorating the 1,000th cabin. The business, which can construct a cabin in as little as three weeks, has been in operation for 20 years and has been on HGTV’s “Tiny House Hunters” show. (Photo by Magan Etheridge)