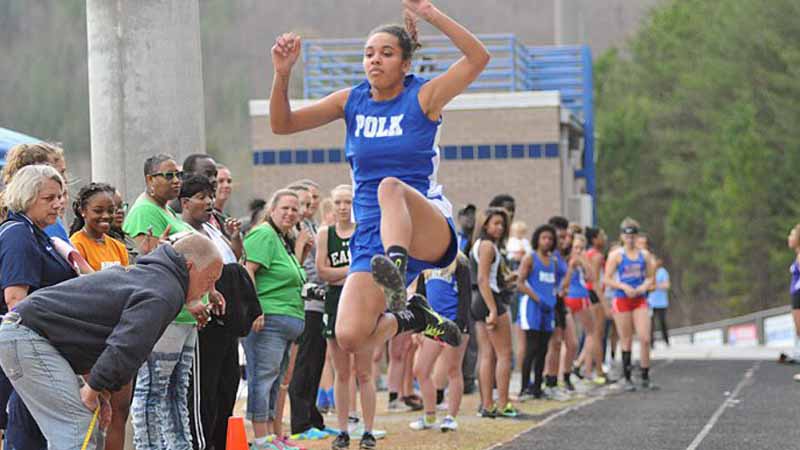 Longshore shattered her Polk County school record in the long jump, reaching 17-4 1/4 inches in winning the event during the day-long meet held in G.M. Tennant Stadium.

In setting the school indoor mark in the event in February, Longshore jumped 16-5. She bettered that mark by almost a foot to establish a new outdoor record as well and nearly match the meet record of 17-5 set in 1987 by Pisgah’s Melissa Shook. Teammate Mariah Overholt set a personal best of 16-2 to finish fifth in the event.

The Polk County boys also had a good day, tying for seventh in the 18-team field. Troy Lieberman’s win in the pole vault was the only individual victory for the Wolverines.

Micheala Nelon’s throw of 33-10 took top honors in the shot put, the only other individual win for the Wolverines. Izzy Jackson brought home a second in the 400 meters with a personal-best time of 1:00.67 and the Wolverine girls 4×400-meter relay team placed second just behind South Iredell.