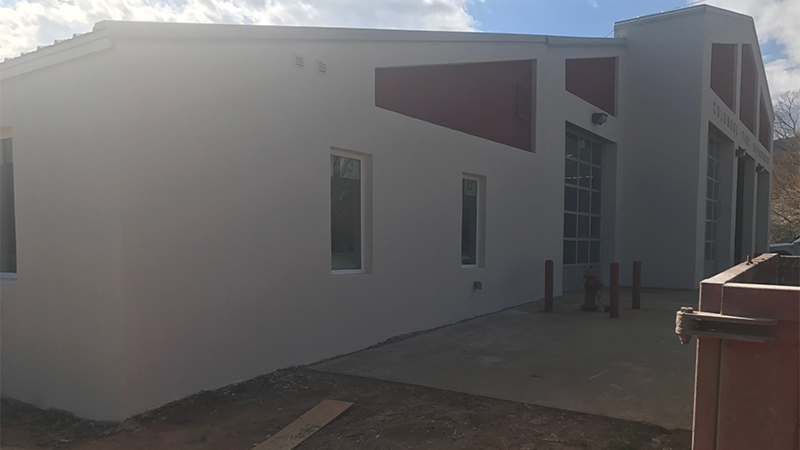 The Columbus Fire Department will finish construction on the expansion of living quarters for recently hired firefighters by the end of April, according to Columbus Fire Chief Tony Priester. The expansion is 62 feet by 30 feet and includes two bedrooms, two and a half bathrooms, a gym, storage space and a kitchenette. (Photo by Michael O’Hearn)

COLUMBUS – The Columbus Fire Department is expected to finish its housing expansion within the next few weeks, according to Columbus Fire Chief Tony Priester.

Priester explained “cosmetic work” is being done to the expanded portion of the fire department, which began construction in December 2016, and said the floors and walls are currently being painted.

Cabinets and electricity will be put in during the next few weeks and Priester said he expects to have work done by the end of April.

“Everything has been going great and we haven’t experienced any major problems,” Priester explained. “We do plan to hold a grand opening once the construction is finished. The floors will be painted this week, then the walls will get another coat of paint and cabinets will come in. The electrician will be here in a few weeks.”

Myron Yoder and his business Trademark Contractors are overseeing the project, which Priester said is expected to cost $260,000.

The expansion, funded by  donations, is 62 feet by 30 feet and includes two bedrooms, two and a half bathrooms, a gym, storage space and a kitchenette. The fire department is expanding to accommodate three new firefighters that were hired due to an increase in call volume, according to Priester.