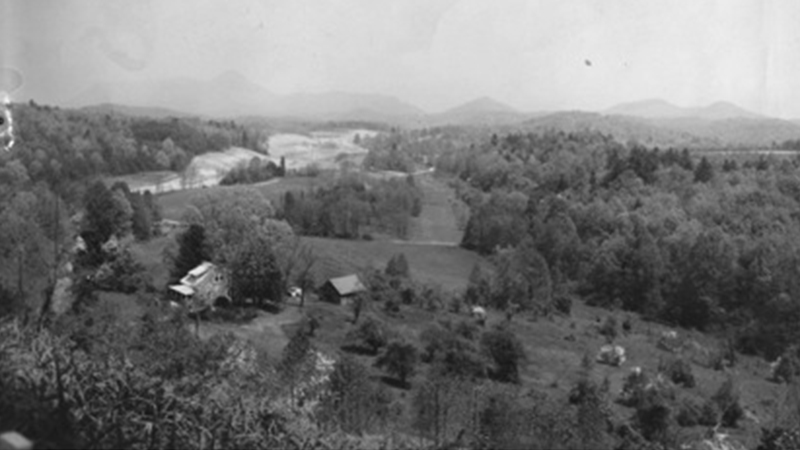 Last Sunday afternoon I was driving home from Belmont, N.C. by myself listening to good music, basically daydreaming the whole time. Of course I was looking at the road. That’s when I started really looking at the road, plus the road right of way, and the lay of the land on both sides of the road.

What I was looking at was mostly farmland, and it dawned on me that what I was driving upon had also been prime farmland. Of all the trips that we’ve made on I-74, I-26 and I-85, that thought had never crossed my mind.

Do you remember these lines from Joni Mitchell: “Don’t it always seem to go, That you don’t know what you’ve got, Till it’s gone. They paved paradise, And put up a parking lot?” In this case the words ‘parking lot’ need to be changed to ‘Interstate.’

If you look at a topo map, or an elevation/slopes map, it is very easy to see that major roads traverse land on the most gentle slopes possible. It is the job of the engineers to place the roads on the easiest, and most stable, routes.

I am most familiar with the section of I-26 from Columbus to the Henderson County line. With the exception of the steep grade up the escarpment, I-26 gobbled up some of Saluda’s most fertile farmland, land that had been settled and farmed by the Thompsons and Bradleys, Johnsons and Paces for the past 100 years.

They are not the huge flat farms of the lowlands; they were small mountain farms that grew corn and vegetables, raised animals for food, and cut timber in the wintertime. Those farms are gone, replaced by a road that has brought new prosperity and growth to the community at the expense of the rural lifestyle that we purport to be saving.

Fifteen or so years ago the Pacolet Area Conservancy did a study of the North Pacolet River, taking note of serious erosion areas in need of streambank restoration. Based upon the findings of that initial study, restoration work has been done from Morgan Chapel bridge downstream to the South Carolina line, with plans to ultimately stabilize all sections of the North Pacolet upstream to its source above Pearson’s Falls.

I remember working on that study, computing the acreage of I-26 pavement in Polk County. The number was 200 acres. On that ride home from Belmont I started thinking about the number of acres consumed by I-26 in addition to the pavement, which would include the 200-foot right of way. That triples the area to more than 600 acres. Then I started thinking about the exits and on-ramps, and the pavement and commercial areas at each exit, and then I thought about I-74 with its 200-foot right of way, and TIEC, and … It’s mind boggling to think of how much land has been converted to pavement and commercial use in the mere 40 years since Allen and I moved here from the eastern part of the state.

Did it every really occur to our county leaders 50 years ago that their decisions would entail huge consequences for their grandchildren? They were fighting for progress; now we are fighting to save what undeveloped land there is left.

Give this photo a good look. It was taken in the 1960s of the area being cleared for I-26 east of the Saluda exit. The light area at the center left is now all part of the I-26 corridor. It does not include the exit ramps, or the Ozone commercial district, or the power lines. It simply shows us what we’ve lost. Gone forever.