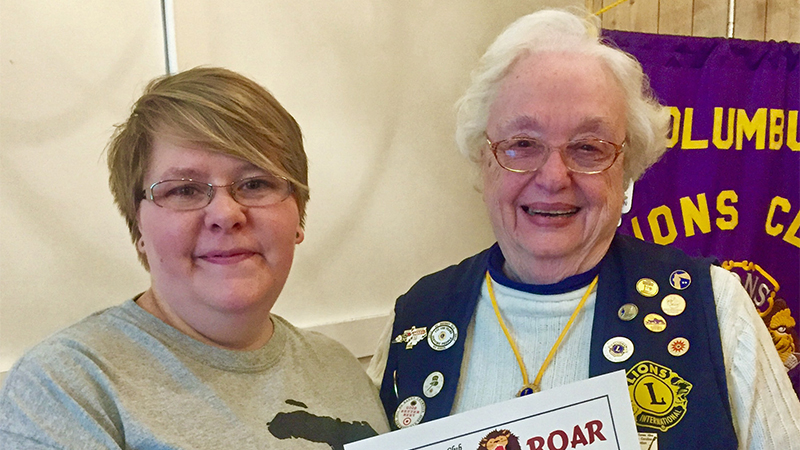 Amanda Dyer was the speaker at a recent meeting of the Columbus Lions Club. She told the Lions about her mission trip to Haiti, which she described as “life changing.”

She illustrated her talk with color slides, not so many of the lovely scenery at the nearby sea coast, but mostly of the children in a mission orphanage where she and a group from Pea Ridge Baptist Church worked. The children were now healthy and vibrant with life, far different from the undernourished, grossly underweight little people who first appeared at the mission door.

As Dyer continued her talk, we began to understand why she said her trip was life-changing.  She described the living conditions from which these children came: they had orange hair from eating only what they could pick up off the ground and no clean water to drink, let alone to bathe or wash clothes.

The children who were fortunate enough to be taken into the orphanage were given new hope and promise as they now go to school and eat two good meals a day of fresh vegetables and rice. They have a new well from which comes abundant clean water both to drink and to bathe. One of the teen boys wants to come to the United States and study electrical engineering!

Now Dyer no longer luxuriates in her shower, but is conscious of how much water she uses, even to brush her teeth. She is also grateful for the plate it is on as well as the food she eats.

The Columbus Lions meet every first and third Thursday at Calvert’s Kitchen in Columbus. For more information, call Lion President Fran Goodwin at 828-894-2505.