Learning about Landrum of long ago 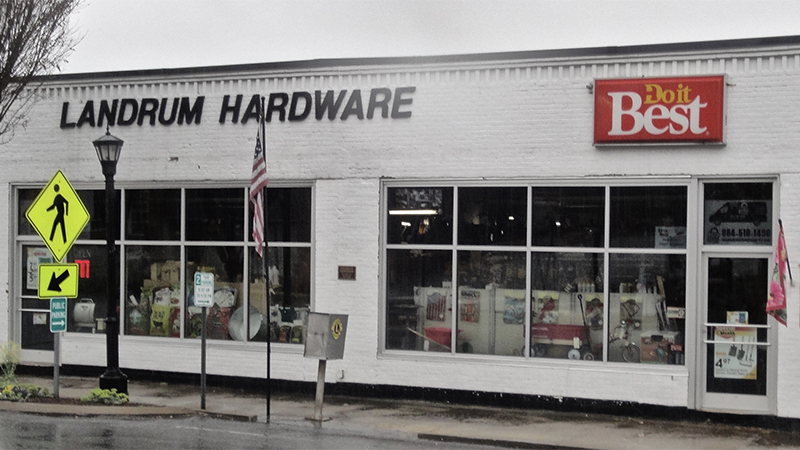 My column in February focused on Landrum history. The book by J. W Lawrence, “The Who and Why of Landrum,” provided me with interesting information on Landrum’s past but there was still a lot missing. So, I asked you, my readers, for more information and you replied. Thank you to everyone that phoned or emailed me with memories.

I spent some time with Joyce High Reid and John Petty, both long time residents who were able to assist in identifying many of the former uses of Landrum’s old brick buildings. Joyce provided me with a copy of a newspaper article written in 1990 for The News Leader by J. W. Lawrence, which describes many of the shops that existed in 1955 when he first arrived in town.

One building that still serves the same purpose today is the Landrum Hardware Store, previously known as Thompson’s Hardware. According to the Lawrence article the next shop was A.B. Waldrop’s barbershop “where a perpetual game of checkers was in progress.”

Howard Williams remembers Waldrop’s, “He traded hunting dogs. You could hear the dogs barking when you were in the shop.” Joyce recalls several barber shops, as her father was a barber. She relates, “men could get a shave, haircut, and even take a shower and get cleaned up.”

Along the same side of Rutherford there was a drugstore, followed by Fred Fagan’s dry goods store and Broome and Sons Hardware store. Crossing Shamrock, still on Rutherford was Ballew’s Grocery and Cowboy Howard’s shop. Mrs. Howard handled telegrams for Western Union. Heavener’s, a five and dime and small department store, was located in this block, along with Daniel’s Dry Goods. Virginia Littlefield operated a small appliance shop at the beginning of the block.

John Petty remembers the Western Auto Store in the building a couple doors down from present day Hare and Hound. He adds, “Community cash was in the building recently vacated by Architectural Warehouse. And there was a casket factory where the paint store is.” Petty funeral home occupied the white house with the columns on Trade Street before moving to the new building next door.

John recalls the old times. “You didn’t need to have a big funeral parlor back then. Funerals used to be held in the home. The funeral would take all day and someone would sit up all night with the loved one.”

Joyce, Garland Raburn, and others mentioned the rollerskating rink that occupied the building that now houses Landrum Furniture and Antiques. 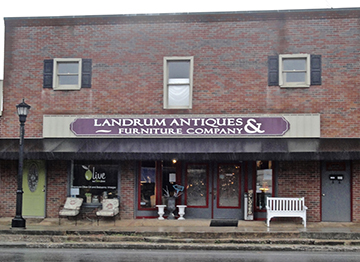 Garland describes the experience, “They rented skates for 75 cents, played records for music, and they sold snacks. We always went on Saturday afternoon because on Friday and Saturday night there would be a roughneck crowd.”

Joyce adds that there also used to be a movie theater there. “To this day if I go upstairs in that building, I can still smell the popcorn,” she smiles. “We’d go all day Saturday and watch western movies.”

Betty Mayfield, along with others, told about Benny Wolfe’s store. It was located on the present day site of Pat Chesnutt’s The Mail Room.  It was described as a discount store. Betty remembers rows and rows of shoes laid out on shelves. John Petty recalled that Benny Wolfe had run a carnival in North Carolina at one time. He would find leftover dishes and clothes to bring into his store to sell.

Joyce tells of two former post office locations. One was down Shamrock, behind what is now Cross-Fit. The other was located in the shop now known as PJ’s. She and I stroll down behind the buildings and try to identify the building that was the original jail. 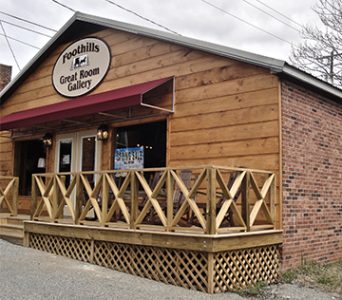 The Lawrence article reads, ‘The town jail with its two cells, was in a masonry building on Rose Lane in back of J.C. Brown Co.” Foothills Amish Furniture now occupies the site. As we study the backs of the existing Rutherford Street shops, it becomes evident where fires destroyed some buildings and left others standing. 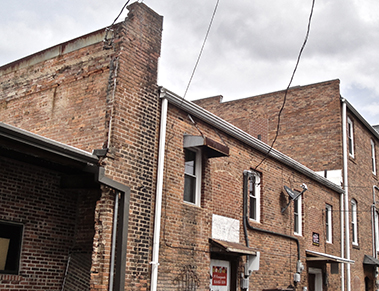 Back of building shows where fire took place

Howard Williams recalled his first memory. “It was the early ‘30s and I was taken to Landrum in a Model A. The car was parked in front of Heavener’s store and I was left in the car. A policeman on a horse passed by and noticed that I was crying. He stopped his horse and talked to me.”

My previous article contained a photo of a brick building on the corner of Shamrock and Coleman. Its history remains a mystery. Some guesses have been a stable, an icehouse, or maybe storage for feed. Another guess suggests that it might have originally been one story as the bricks for the second story appear to be a different color and might have been added at a later date.

Also in that article I questioned the origin of an empty shop on Thrift Circle sporting a sign “Thrift Market.” Bob Lowe responded that his great uncle, Jim Blackwell, originally owned the store, Blackwell’s Market.

He writes, “I spent countless hours around the pot-bellied stove in winter listening to the locals spin their tales. During the summer we moved to the comfort of the front porch.”

I plan to visit the Spartanburg County Historical Museum as I’m curious if they have information on our corner of the county. Jerry Tucker provided me with a packet of information, passed to him by surveyor Jim Gregory, that I would like to give to the museum.

I appreciate everyone who shared memories and stories. There is more information that I have gathered and will use in the future and I’m sure there are more stories out there. My contact information is 864-457-2292 or email lin17th@aol.com.

With so much of Landrum’s rich history stored only in the memories of its long time residents, my suggestion would be for a civic-minded historian to form a Landrum historical society to preserve information and objects from the past. Are there any volunteers?