Gina Trakas, 55, of Spartanburg, S.C., fell asleep in the Lord on March 24, 2017, surrounded by her family. Born April 29, 1961 in Spartanburg, S.C., she was the daughter of Sophia Leventis Trakas and the late Dr. Perry Nicholas Trakas, DDS.

Gina touched the lives of so many with her beautiful smile, laugh, love, and joy. She excelled in many areas of the arts and service to the community. She studied piano at Converse Pre-College, won awards for piano competitions, and gave a private recital. She was a member of St. Nicholas Greek Orthodox Church, where she loved singing in the choir, in both the English and Greek languages. Gina lived at home until graduating in the first ceremony at the Charles Lea Center. She then went on to live at Cannon Manor, as well as other group homes on Clemson Street, Gordon Drive and most recently at Inman Estates. 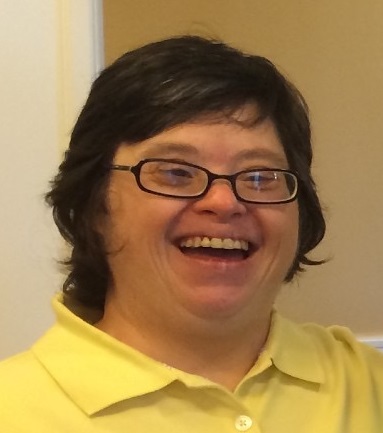 Gina was President of the People First program at Charles Lea, speaking publicly about the rights of the disabled. She enjoyed the Special Education Sunday School program at Bethel Methodist Church, participated in Girl Scouts and looked forward to spending two weeks at Camp Hope in Clemson every summer. She won many trophies and medals at Special Olympics events, including the 1995 World Summer Games in New Haven, Connecticut. She also graduated from a special program offered at the University of South Carolina Upstate.

Funeral service will be conducted at 11 a.m. Tuesday, March 28, 2017, at St. Nicholas Greek Orthodox Church, conducted by her cousin. Burial will be in Greenlawn Memorial Gardens, 1300 Fernwood-Glendale Rd., Spartanburg, SC 29307.

The family would like to give a special thank you to all of the caregivers for their love shown to Gina during her precious life.

An online guest register is available at www.floydmortuary.com.