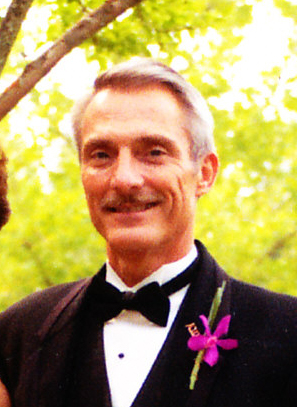 Fred William Reinhardt III, 66, went to his true home in heaven on Tuesday, March 21, 2017, with his family surrounding him.

Born and raised in Memphis, Tenn., he was the son of Barbara Ann Cage Reinhardt and the late Fred William Reinhardt, Jr. He graduated from Bishop Byrne High School and served his country in U.S. Marine Corps. He had a 40+ year career in the food equipment business. He was truly a salesman at heart and his work ethic was admired by many.

Fred married Jacquelyn Allen on June 23, 1973, and was a devoted husband for more than 43 years. He was the proud father to three sons, Freddy (Fred), Brian and Nicholas (Nick), and later became the proud grandfather to eight grandchildren.

He has been a devoted member of St. John the Baptist Catholic Church in Tryon, N.C. for over 25 years, where he enjoyed serving as an usher. Fred was an avid distance runner, passing on this love to all three of his boys, who were blessed to enjoy countless runs with him and most fortunate to have him cheering them on at essentially every race they ran. Fred also had a deep passion for the water, highlighted by many weekends at the lake and summer beach trips. He enjoyed waterskiing with his family as a young boy and later taught his sons to ski.

Fred’s sense of humor was enjoyed by all, sticking with him even through his courageous eight-month battle with lung cancer. Most encouraging, was watching him trust the Lord’s plan for his life, even during his illness.

Recitation of the Rosary will be at Thomas McAfee Funeral Home, Downtown on Friday, March 24, 2017, at 6 p.m. followed by receiving of family and friends until 8 p.m. The Funeral Mass will be celebrated on Saturday, March 25, 2017, at 10:30 a.m. at St. John the Baptist Catholic Church in Tryon, N.C. A graveside burial will follow at Woodlawn Memorial Park in Greenville, S.C.

Online condolences may be made at www.thomasmcafee.com.