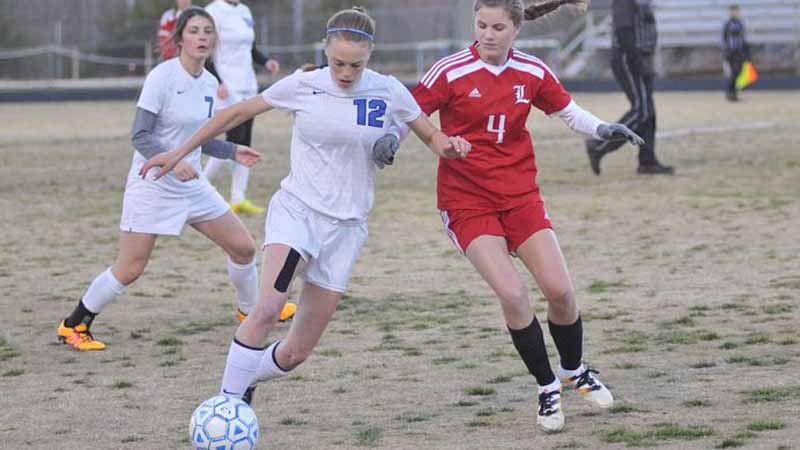 The Wolverines controlled the first half of their non-conference clash with Landrum, but headed to halftime tied at 1-1. The Cardinals then took the upper hand in the final period, got an unlikely goal and held on for a 2-1 victory at G.M. Tennant Stadium.

The Cardinals (5-2) were able to flip last week’s 2-1 loss to Polk County thanks to Hannah Phillips’ goal – an attempted cross that instead curved into the top of the net – with 27:19 remaining in the game. That proved all the cushion Landrum needed as Polk County (4-2) struggled to generate any offense inside the 18-yard box in the second half, unlike the first 40 minutes when the Wolverines had the better of play and several scoring chances.

“I think if we take advantage of a couple of chances in the first half, the game is completely different,” said Polk County head coach Lennox Charles. “Even with that, we didn’t really give them any wide-open chances (in the second half). The goal they scored was an attempted cross.

“We didn’t create many chances in the second half. We still played pretty well, but they’re a good team.”

A scoreless first half turned action-packed in the final eight minutes.

Landrum grabbed a 1-0 lead with 7:46 remaining as Emily White redirected a cross from the right wing into the goal. Polk County, which had an early goal negated by an offsides call, almost immediately answered as Ava Marino found Mireya Roman with a perfect cross, only for Landrum goalkeeper Lynzie Hulle to make a diving save of Roman’s shot. The Wolverines then had another opportunity a minute later, but a flurry of activity just in front of Hulle failed to produce a goal.

Polk County finally got on the board with 2:40 remaining as Lauren Ketwitz was fouled in the penalty area. Rhian Alley took the ensuing penalty kick and buried it in the lower right corner of the net for the equalizer.

White then nearly returned the lead to Landrum, but Wolverine goalkeeper Malena Roman made a sliding save of her shot from the top of the penalty area to preserve the 1-1 halftime tie.

Roman also made a brilliant stop early in the second half, charging from the net to smother a shot by Phillips after she broke away from the Polk defense. But Phillips would score seven minutes later to lift Landrum to the win.

“When they scored that second goal, it gave them a nice little boost,” Charles said. “Our energy dropped a bit and that gave them some confidence and they played well the rest of the half.”

Polk County returns to action on Friday, hitting the road for a Western Highlands Conference game at Mitchell.