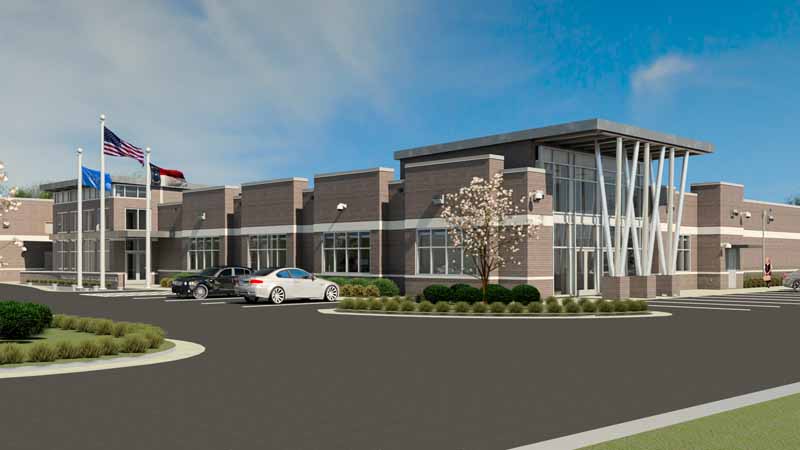 COLUMBUS – Polk County Commissioners and residents got detailed pictures and drawings of the new law enforcement center currently under construction.

Paul Luzier, with Moseley Architects, visited the county during a meeting on March 6 and showed construction pictures as well as drawings of what the new law enforcement center will look like upon completion and the layout of the building inside. 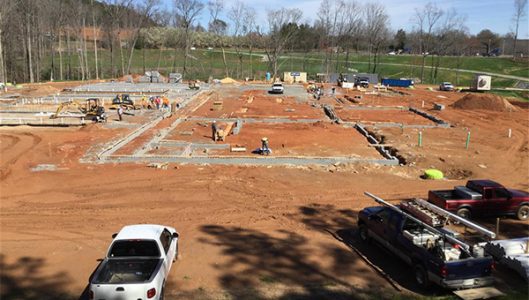 Luzier said the law enforcement center has been under construction since December 2016 and contractors are between 8-10 percent complete currently.

Luzier said a lot of the footings and infrastructure has been put underground and construction is moving along very well. He showed photographs of walls being constructed and said the plumbing and electrical has already been installed. 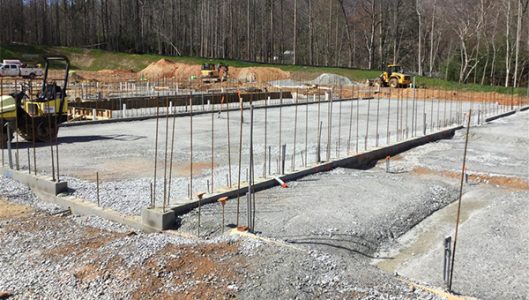 Contractors are prepping for slab floors, Luzier said and architects are also moving forward with the selection of colors for the building. Luzier said they are keeping with neutral colors such as grays, browns and white.

“It will be classy but doesn’t call attention to the building itself,” said Luzier.

A lot of the outside of the building will be constructed of brick, he said. Luzier also spoke of some savings in construction costs so far.

“We’ve already seen a savings of $10,000 and are looking at other options to save money to help the project budget and the county,” Luzier told commissioners.

Polk County Manager Marche Pittman has said he does not yet know if or what tax increases will be needed for the upcoming budget to pay for the loan as budget preparations have not yet begun. The county’s recent property revaluation will also be a factor in this year’s budget preparations as commissioners have said they are hoping they can remain revenue neutral this fiscal year.

The county purchased 19.19 acres of property adjacent to the Milliken plant just outside Columbus Town Limits for $1,950,000 and another 2.6 acres off Park Street for $125,000 for a total land purchase price of $2,075,000 to construct the new law enforcement center. Some of the property was purchased for future needs, such as a new courthouse and possibly administrative offices on the same property for the county.

Commissioners also approved a construction bid of $9,603,350 to Cooper Construction to build the facility.

The county frequently transports females and juveniles and overflow males to other counties to be housed, with jail officials saying the county spent $178,000 last year in out-of-county housing costs.

The current jail has also not met state guidelines for years, including for fire safety.

Construction of the new law enforcement center is still on schedule to be complete in the December 2017-January 2018 timeframe.