A group of local residents picketed with signs and handed out flyers to patrons going into 10. N. Trade Street Café and Bakery on Saturday, March 11 over accusations being made against Word of Faith Fellowship (WOFF) in Spindale. The owner and employees of 10 N. Trade are members of WOFF. The restaurant was full of patrons in support, and restaurant supporter Jamie Corn had signs outside as well. Protestors’ signs included “Economic Exploitation Disguised As Religious Freedom,” “Abuse is Wrong,” “Jane Whaley is not a prophet, she sure has a big house though” and “My $$$ won’t fuel WOFF’s abuse.” Signs in support said, “Go Home Trouble Makers; 10 N. Trade Street-best restaurant in Tryon” and “We Love 10 N. Trade Bakery; best food in Tryon, best employees in Tryon, best service in Tryon.” (photos by Leah Justice) 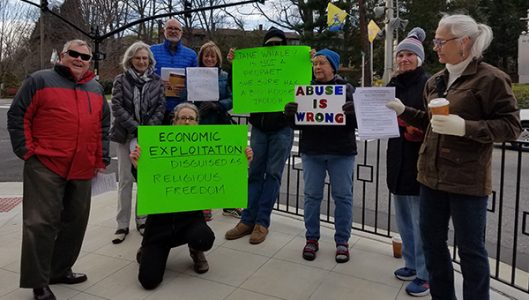 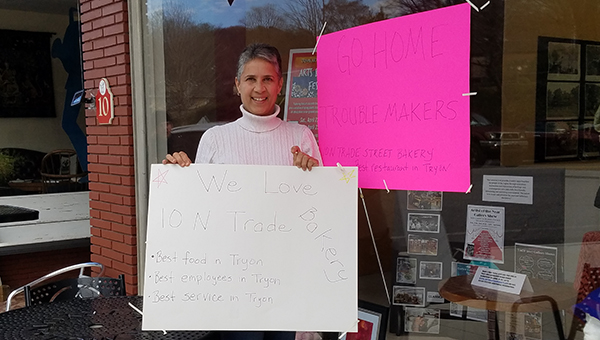