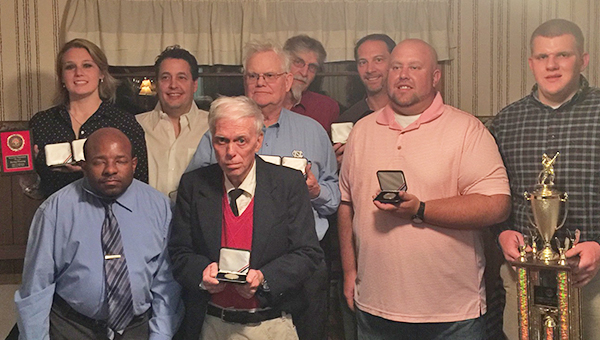 Walker was awarded Firefighter of the Year, named after the late chief Scoggins as well as several other awards, including Top Dog, Training Hour Award and an Emergency Medical Technician-Basic award.

The Top Dog award is based on the number of calls each firefighter responds to.

Other training hour recipients were Brian Claxton, who had 149 hours; Fleming with 202 hours; Eric Freeman with 124 hours; “Doc” Stott with 122 hours; Tennant with 238 hours; Walker with 156 hours; and Assistant Chief James “Tank” Waters had 327 hours.

The Tryon Fire Department Retirement plaque was awarded to Deputy Chief Johnny Hipp, who served the department from 1988-2016.