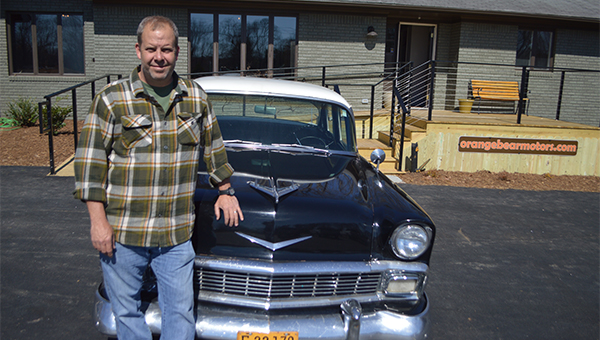 Smith has been renovating the house and surrounding property at 1607 E. Rutherford St. since January. He opened Thursday, March 2, and sells used trucks and vehicles.

“I used to be partners with Ken Feagin and then I opened my own dealership in 2012,” Smith recounted. “I found this property and it was run down. I’ve got a lot of customers and friends up here in addition to three young daughters who go to school here and my wife who works at First Citizen’s Bank in Columbus. It’s closer to home.”

Orange Bear Motors has customers in the Landrum area that are repeat referrals, Smith explained.

He added the name of the dealership stuck when he put a list of potential names on paper.

“We would see people drive by us on Pine Street many times and not even know we were there,” Smith recalled. “I wrote a bunch of names on paper and Orange Bear was the only one that stuck. If you Google us, we are the only thing that comes up.”

Smith said cars are his “vice” and he worked for his dad at a truck accessories shop 20 years ago. In addition to trucks, Smith specializes in selling SUVs, sedans, sports cars, RVs and motorcycles. The dealership is open Monday through Saturday from 8:30 a.m. to 5 p.m.

“Cars have always been my vice, from old classics to cars I’ve built on the side,” Smith said. “I sell cars that I would drive myself. I try to buy nice vehicles because, if you do, it makes it easy to sell them.”

The dealership can be found at orangebearmotors.com. From there, users can check out the dealership’s inventory, learn about specials and financing and fill out a car finder form. Orange Bear Motors can also be contacted at 864-641-0226. 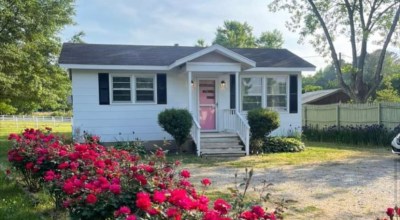