Another arrest made in December Lake Adger Rd. fire

MILL SPRING -A third arrest was made last week in a fire that burned a house under construction on Lake Adger Road in Mill Spring in December 2016, according to the Polk County Sheriff’s Office.

Burgess was arrested on March 2 with sheriff’s office officials saying the residential fire that occurred on Dec. 27, 2016 is still under investigation.

Andrew Steven McDowell, 28, of 215 Nelon Lane, Mill Spring and Joshua Terrence Ruff, 28, of 1536 Owl Hollow Rd., Mill Spring were arrested in January, also in connection with the fire and larceny of tools. McDowell and Ruff were charged with breaking and entering and larceny, according to sheriff reports from January.

During the early hours of Dec. 27, 2016, a house under construction that was nearly complete caught fire at 1824 Lake Adger Rd. in the Sunny View community. The investigation of the fire also determined that multiple tools and articles were missing from the site. The sheriff’s office obtained a photograph of what was believed to be the vehicle of the suspects at the scene as part of its investigation. The pickup truck from the photograph was registered to McDowell, according to the sheriff’s office. The sheriff’s office recovered numerous items stolen from the house in the woods on Owl Hollow Road on Jan. 5, according to the sheriff’s office. McDowell was released on a $25,000 bond in January and Ruff was released on a $10,000 bond.

Burgess was released from jail last week after posting a $24,000 bond, according to the sheriff’s office. 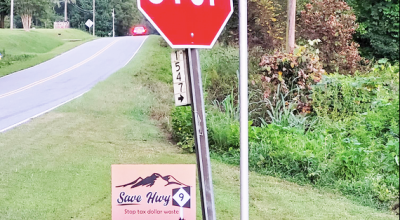