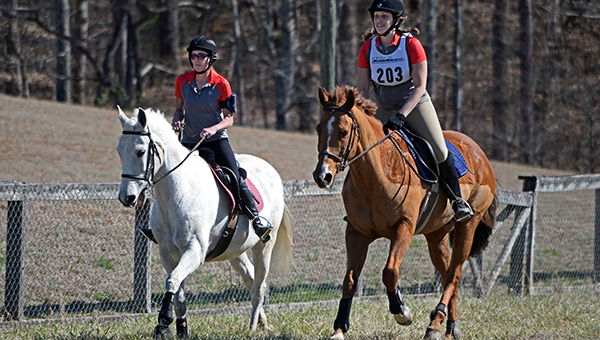 The weather at FENCE on Sunday, Feb. 19, 2017 was another picture-perfect day for riders and their mounts! Mother Nature was kind, once again. And, it’s allegedly still winter!

The trails were wonderful as the rain the day before had no ill effects. There were several water crossings where riders could give their mounts a drink or in some instances, jump the crossing. Riders were commenting on their return to camp that the trails were great and the ride was wonderful!

The wonderful course was designed and set up by Ginny Howard, Dot Moyer, Kathy Nebel, Ann Swift, and Carol TenBroek. Trails were wide enough to allow comfortable passing and riding abreast. Landowners play the key part in allowing the riders to pass on their property. There are some beautiful homes and land to view while on the trail. Peach Pond was almost full with geese coming in for landings.

Special thanks go to The Douglas Family, Chinquapin Farm, the King Family, and the Schatzburg Family. Without the blessing of these owners, the ride would have been quite short!

Registration was held in the FENCE office close to the start and finish line. Amy Schmitte, Gretchen Verbonic, and Dana Zygmont greeted entrants, handed out the team number, and made sure that horses were up to date on their Coggins Tests.

Tracie Hanson was seen wherever she was needed, from parking to registration. Meagan Lieberman was the chief parker for all of the rigs. Riders were met at the Check Point by Wendy Cochran, Martha Love, and Mary Tucker. Riders were offered cool water and a three-minute mandatory stop. Afterwards riders were sent on their way.

As always, a wonderful lunch was served by Foothills Mountain BBQ. One could have hotdogs, burgers or BBQ plates with cole slaw, chips, and baked beans or just the sandwich. They offered tea, water, and soft drinks.

The trail was 8.7 miles and took riders and their mounts on parts of the Steeplechase Track, Cross Country Field, and deep woods trails. Panoramic views were beautiful from the hill tops. The stream crossings were very easily traversed.

The turnout was wonderful for this event. There were 108 riders in 52 teams. 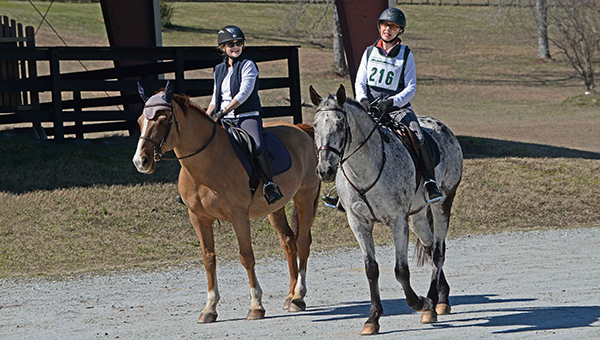 There were a total of 46 riders in 22 teams. The Optimum Time for the Field Hunters was one hour, 29 minutes.

First place honors are awarded to Amanda Aiello from Ellenboro, Nicola Deines from Landrum, and Tracey Rouse from Tryon with a time of one hour, 29 minutes, three seconds. Folks, that’s a mere three seconds off the Optimum time!

In the Trail Rider Division, there were 62 riders in 30 teams. The Calculated Optimum Time was two hours, ten minutes, three seconds.

First place honors were awarded to Madlyn Fox from Fairview, Sayler Hardin from Forest City, and Jessica Herndon from Bostic. Their time was two hours, ten minutes, 12 seconds. They were just nine seconds off the Calculated Optimum Time.

Check the website often for upcoming events, changes, and to view your photo taken by photographer Lou Smith. Check the classifieds as well at www.wchpace.org.

After nine of the possible seventeen scheduled events of the 2016-17 Western Carolina Hunter Pace & Trail Ride Series, ties split while others resettle or continue as placements continue shifting, leaving the current standings as follows:

Marcia Headrick is still in the lead with 37 series points to date. Angela Reichardt remains in second with 35 series points. Caleigh Reichardt is gaining ground and moved up into third place with 32 series points earned to date.

Debbie Croft has been pushed down to fourth place with 31 points at this writing. Rachel Turner has earned 30 points to date and is holding in fifth place. Amy Christensen is in sixth with 29 series points to date.

Diane Hicks and Richard Neel are just out of the placements at this time with 21 series points.

Last, but certainly not least, with one series point each at this time we have Maggie Coombs and Alison Harp.

DeAnna Norton has moved into fourth with 29 series points. Lynn Fitch have moved up to fifth place with an accumulation of 26 points at this writing. Doug and Nicole Cobb, Susan Haslam, Debbie Knebel, Karen Merrill, Valerie Quinn and Teresa Snyder are currently tied in sixth with 24 series points apiece at this time.

Michelle Drum, Kristen Hughes and Jennifer Smith are close behind in seventh place with 22 points apiece. Darleen Bullock, Sarah Lawing and Katlyn Lowder are tied in eighth with 21 points earned. Sharon Maxwell has earned 20 series points to date to put her in ninth place. Jennifer Wilson is in tenth place with 18 points at this writing.

Natalie Hyatt and Sydney Swenson are just out of the placements at this time with an accumulation of 17 series points. Arlene Lulavage and Connie Moore have 16 points apiece earned to date. Erin Fletcher, Lori Kunkel, and Forrest Samuels have each earned 15 points to date.

Barbara Claussen, Ann and Tony Hubbuch, Sara and Teresa Lyter, Carol and C.R. Stanley, each have a current accumulation of three series points.

Next up on the Western Carolina Hunter Pace and Trail Ride Series will be the beautiful Windridge Farm’s Spring event scheduled for, Sunday, March 5, followed by the Green Creek Hounds on Sunday, March 19 and then the Tryon Hounds on Sunday, April 2. The series will continue into the end of May with our year end gathering and awards in late June, so be sure to check the schedule and come play with us.

Thank you to our photographer, Lou Smith, for being at every event to capture the riders and their mounts as they fly over jumps, canter through the fields and enjoy the beautiful area trails.  Hit “Store” on the website to view the pictures and scroll thru the list on the left to find the album you want to check next. If you like, you can place an order online.

For information on the Western Carolina Hunter Pace & Trail Ride Series e-mail Series Coordinator, Jan Smith at WCHPace@Windstream.net or through the website to Jan@WCHPace.org or call Jan at 828-894-8760. 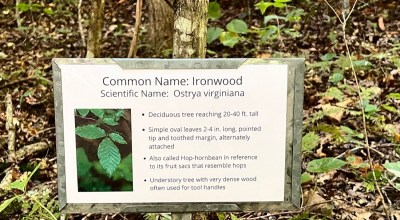