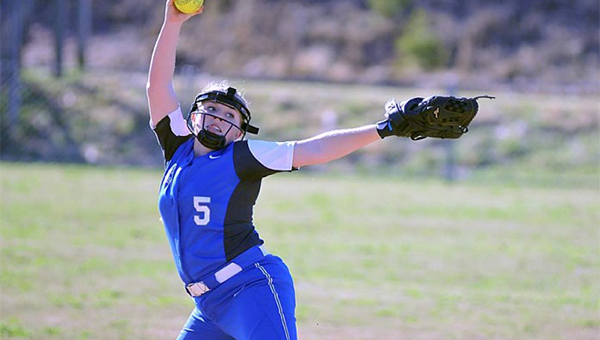 The new eras that began Wednesday for Polk County’s baseball and softball programs certainly have a familiar feel.

Head coaches Billy Alm and Jamie Thompson, each former assistant coaches, are scheduled to make their debuts as leaders of the Wolverine baseball and softball programs, respectively. Polk traveled  to West Henderson for its baseball opener while the Wolverine softball squad hosted North Henderson in its 2017 kickoff.

For Alm, who moves over from the softball field as the successor to longtime head coach Ty Stott, the season opener will culminate a busy few weeks of not only practice, but field preparation. Alm, assistant coaches Josh Money and Zach Searcy and many team members have been spending time outside of practice working on changes to the team’s playing surface and surroundings.

“Everything is going great,” Alm said. “The kids are really working hard both on and off the field. We have had many players also put countless hours of work into our field on the weekends and throughout the week.”

Returning all-conference catcher Sedric Pickett heads a group of veterans that Alm will look to for leadership early in the season.

“Our strength will be our defense along with our team chemistry,” Alm said. “We have a lot of speed and some strong arms and our team is very close-knit. I think we will surprise some people.

“Our pitching will be the most important thing, but that goes for every baseball team. If we can be strong on the bump we can win some games.”

Thompson, who spent three seasons as an assistant coach under former veteran coach Jeff Wilson, will have a familiar face by his side – Jamie Hrobak, one of the program’s all-time greats who will serve as an assistant coach. The two Jamies have been busy not only preparing the varsity squad, but also restarting a JV program that was dormant last season. And there have been softball field changes as well – gone is the grass infield, replaced by an all-dirt surface.

“The team and new coaches are settling in nicely with each other. I have had a prior relationship with almost all the players as their teacher or because they played JV basketball for my wife. Most of them also have worked with Coach Hrobak as well and have played for Coach Joe Owen in middle school or through travel ball.”

Though center fielder Ansley Lynch will miss the season due to injury, Thompson still welcomes back seven starters, including all-state selections Haley Fowler, Maranda Gosnell and Autumn Owen. Senior Ashley Scruggs also returns for her fourth season on the mound and could break a few of Hrobak’s school records by year’s end.

“Returning seven out of nine starters from last year’s team is a huge strength,” Thompson said. “We also have a very offensive-minded team and a pitcher that is a four-year starter who knows how to win.”