Not made in China 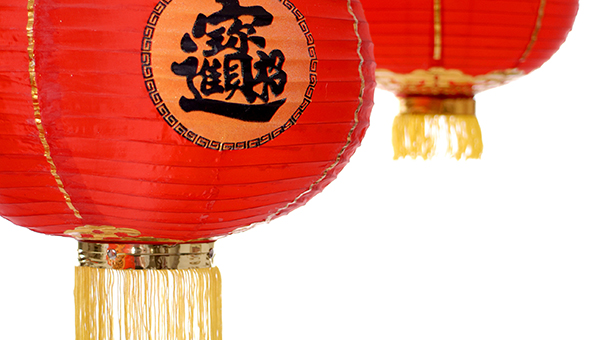 I am getting a little scared. I hope my fears are unjustified, that I’m just being paranoid, that I’m just keeping up with too much nasty news on national and international politics. But if you don’t see this column in next month’s magazine, I fear I may very well be in an internment camp out in the middle of Nowhere, USA along with a lot of other brown people.

Even before we elected Donald Trump as our 45th president, he was saying a lot of negative things about China, and as a person of Chinese descent, he got my attention. I don’t pretend to understand global economics and China may very well produce shoddy products for cheap, but whose fault is it for buying them?

And China’s influence on the world stage may be getting traction, but when there’s a leadership void, someone usually seizes the opportunity. If I correctly recall my required Econ 101 class, the theory of supply-and-demand should kick in: If buyers don’t want a product for any reason, the supplier will somehow change it so they will want it. If we don’t buy it, they won’t make it.

If US leadership is in chaos, some other country will step up to the plate. Do you think the country with the world’s largest population might be in the running?

Meanwhile, back in the Carolina Foothills, I’m wondering…

If you know me, you know I am as American as apple pie and Southern as grits. I was born, reared, and have lived my entire life in the Carolinas. I know very little about China and Chinese culture. I’ve never been there.

What I know about China, I read on the placemats at Chinese restaurants while waiting for my combo No. 5 of stir-fried beef and vegetables extra spicy with fried rice.

Yet, with the last name Wong, I am clearly of Chinese ethnic heritage. My father was Chinese, and I strongly suspect an illegal and undocumented alien. His coming to the United States is something he never talked about, and now that he is dead, I guess I’ll never really know.

He married my mother, who was a hardscrabble white woman from Pineville, N.C., who raised me on a steady diet of Sunday morning Southern Baptist rhetoric and Friday night fish camp dinners.

Yet, no matter how American I am, I am still half Chinese. It’s in my blood, and I am proud to admit, I like it. My now-gray hair was once very straight and very black, my skin is still politely “olive,” and my lousy eyes have a slight slant. I guess I could “pass” as Latino, but that would be just going from the frying pan into the fire. I’ve often said being Chinese in the South is like being the only eggroll among the corndogs.

Not until the Age of Trump have I ever felt uncomfortable in my own country. There have been those isolated cases of racism that even the most whitewashed brown people have to face. I have only read about the Japanese internment camps that were created during World War II. I understand racial prejudice against African-Americans only through the pain of people with skin darker than mine. And only in the most recent years have I come to realize that Middle Eastern politics and prejudices have Biblical roots that have grown into international networks of terrorism. Such concerns are usually way above my pay grade, but something is fundamentally changing in my and your – and even in Mr. Trump’s – reality, alternative facts notwithstanding.

Instead of waking up each morning being concerned about my rescue dogs’ gluten-free dog food, I frantically read the latest news feeds on my smartphone as my French press coffee brews. An uneasiness compels me to know the latest and strangest news (fake or not) on the Internet.

Who’s protesting what? Who’s tweeting insults? Who’s crying foul? Who’s shooting who? Should I wear a pussycat hat today? Seemingly nothing I read anymore surprises me, yet, I’m appalled, worried, and paranoid even before I finish my first cup.

Like Bob Dylan sang in the 1960s, dear readers, The Times They Are a-Changin’. I, for one, will have another cup of coffee, attempt to understand what is really at stake, and take a stand against the alternative facts, even if it’s in an internment camp in the middle of Nowhere, USA.