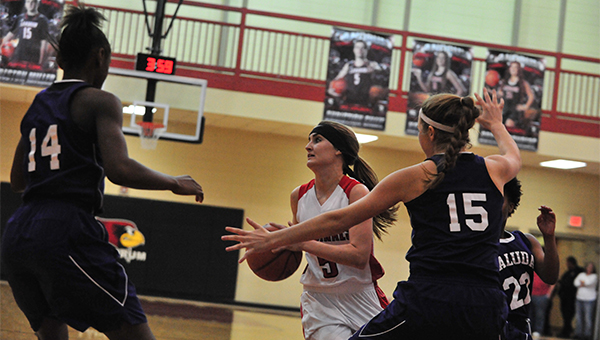 This much is known now. Landrum’s women’s varsity team, fresh off a Tuesday, Feb. 14 state AA opening round 66-47 win over Saluda, S.C., will play Friday, Feb. 17 in the second round, against Chesterfield at Landrum. Tip off is at 7 p.m. At Landrum on Tuesday, the Cardinals’ Sara Price (#5) led the winners with 22 points, including two consecutive threes in the second quarter. “I knew that if I had a chance to shoot, I needed to do it,” Price commented after the game. (Photo by Mark Schmerling)