White Oak of Tryon will formally welcome Harrison Cecil as administrator with a reception on Wednesday, Feb. 15 from 3:30-5:30 p.m. The public is invited to attend. 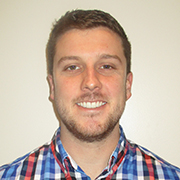 Cecil joined the staff as administrator on Jan. 5, following the retirement of Mary Lance who had served as administrator since 1999. In 2010, he received a bachelor of science degree in business administration from the George Dean Johnson, Jr. College of Business and Economics at the University of South Carolina Upstate.

From 2014 until 2016 he served as social services assistant at White Oak of Charlotte, observing and assessing the behaviors and well being of the 70 individuals residing there. He also was instrumental in providing support for residents and family members adjusting to long term care lifestyles.

From 2013 through 2014, Cecil was the assistant apartment director of Sharon Village Retirement Apartments, part of Charlotte’s White Oak Community, where he developed and implemented new marketing strategies, including the use of social media and a new community newsletter. While attending to overall managerial responsibilities he also assisted in the development of a company website and oversaw campus renovations.

From 2011 through 2013, he was general manager of Underground Racing, a company specializing in the customization of high end sports cars. While there, Cecil established personal relationships with his customers in order to provide them with a quality experience on every level, from initial contact to delivery of the finished product. His oversight of time management and meeting project deadlines in a fast paced and highly competitive market were keys to the company’s success.

While attending college, Cecil also served as maintenance assistant at White Oak of Spartanburg, working in all areas of maintenance. He developed a cost and time efficient process for performing basic maintenance tasks in a long term care facility as well as assisting in preparing the facility for annual state survey inspections.

Of his appointment Cecil said, “The White Oak of Tryon staff, residents and their families have welcomed me into their environment and the transition has been a pleasure. This is a special  community and I look forward to being a part of it.”