Highs and lows, ups and downs 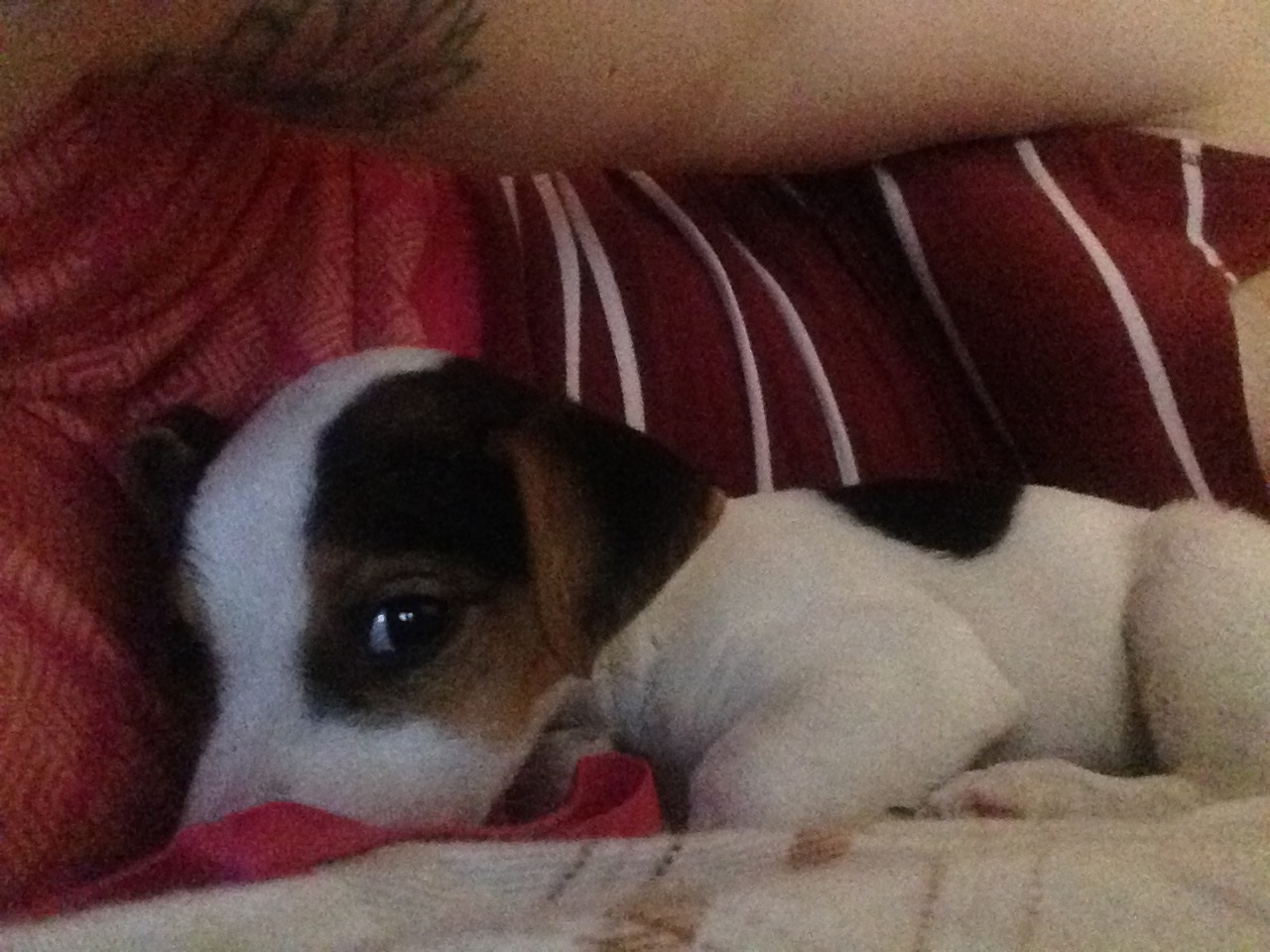 It will be just a quick update this week, as I’m simply running out of time to write.

Answering letters to donors. Seeing doctors. Another monitoring of my heart, or whatever the heck they call it. Prep for cataract surgery (right eye). Actual surgery will be Thursday, Feb. 2; the left eye in two weeks. Along with dialysis three times a week and other obligations, the time for my kids is lessening, but I do give them whatever spare time I have.

Khloe was sent to me from Paula, a good friend and foster parent extraordinaire. The young couple that owned Khloe, a three-month-old female Jack Russell, learned she had Parvo and couldn’t afford the $1,500 it would take to start and complete her treatment.

We spoke on the phone and I told the couple to make sure the people who gave them the puppy knew of the Parvo, and to check any other animals they may have. I then okayed the treatments and told them I’d contact the vet to make Khloe one of Lennie’s kids.

A dear lady picked up a hound dog on the side of the road after she nearly got hit. “She jumped right in my car, Lennie” was what I was told later on.

For some reason she named her Myna and though she had a plastic collar, there wasn’t any kind of identification on her. She was checked for a microchip at Landrum vet where she was taken and that’s when I was first notified. The poor girl was severely underweight, had an ear infection, a tick disease, and a tumor that needed to be checked out. Tests were done, antibiotics and whatever meds were needed were started, and then she was sent home with the lady who found her. If an owner wasn’t found, the lady promised she’d keep her.

It turns out that the plastic collar had a GPS and a name on the reverse side and the original owner tracked her down and took her home. I’m leaving names out of this tale for obvious reasons.

The lady who originally found Myna called me and was devastated.

“I know I only had her a short while, but I fell in love with the sweet thing and I’m concerned about her welfare,” she said.

The next day I went to Landrum Vet and spoke with Dr. Lara who had treated the little girl who was estimated to be 5 or 6 years old. I asked them to contact the original owners and let them know the lady who found her has medicine for her and I am more than willing to pay for her treatments if they’ll continue them.

After a few phone calls back and forth, the lady who found Myna is now her new owner and the original owners were very gracious about it. More about that in the future.

I have some great updates on Hope, another high, but unfortunately, the little Parvo puppy passed away over the weekend, thus my highs and lows.

P.S. I passed my $500 pledge for the fallen soldier, currently at $655 with one week to go before I write the check. Thanks again.

They’re only lent to us