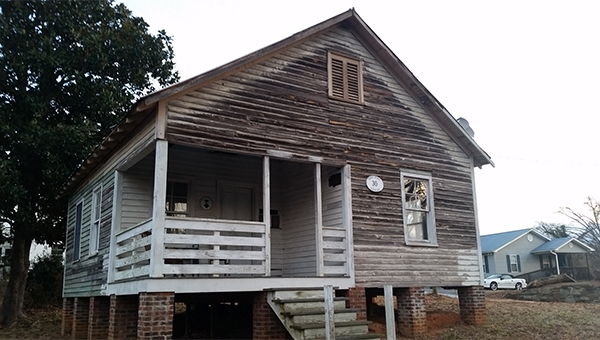 The number one threatened property on the National Association for the Preservation of African-American History & Culture website is the Nina Simone house located on E. Livingston Street in Tryon, currently listed for sale. (photo by Leah Justice)

TRYON – The birthplace of Nina Simone is once again up for sale with an asking price of $95,000. Located at 30 E. Livingston St., Tryon, the 664-square-foot house is where the singer, songwriter and activist, formerly known as Eunice Kathleen Waymon, grew up.

Simone’s birthplace is listed as the number one threatened property on the National Association for the Preservation of African-American History & Culture Inc.’s website, blackpreservation.org, according to the listing. 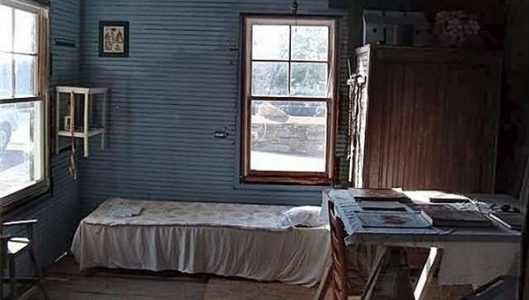 Nina Simone’s birthplace, located at 30 E. Livingston St., Tryon is up for sale again. The 664-square-foot house is being offered for $95,000. The home has been partially restored by previous owners. (photo from Facebook.com/NinaSimoneBirthplace)

Waymon, who would later become Simone, was born in the home and lived there with her parents and five siblings until she left Tryon to study music. Waymon was born on Feb. 21, 1933. The home was built in 1930.

Kipp McIntyre is the previous owner and says he has permission from the current owner to represent the home and sale of the home. 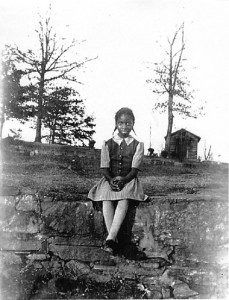 After being rejected from talent auditions and even school admissions due to the color of her skin, Simone went on to become one of the most respected classical pianists and jazz vocalists in music history. After achieving fame as a musical artist, in the 1960s Simone became active in the civil rights struggle and her music became a driving force in the fight for racial equality. She is a member of the Grammy Hall of Fame, the Jazz Hall of Fame, and is a 15-time nominee for the Grammy Awards. (photo from Facebook.com/NinaSimoneBirthplace)

“Kipp McIntyre rescued the home in 2005, started and completed some of the most difficult aspects of the restoration, but was unable to afford to complete the project alone,” states the restoration’s Facebook page at Nina Simone Birthplace. “Four years ago, he (McIntyre) had just placed the home on the market when an out of state restoration company called him out of the blue and asked him to take it off the market so they could do the restoration. Lots of promises were made, including being featured on HGTV as part of the series of famous homes being restored. Unfortunately, for whatever reason, that company was unable to follow through on their commitment to the project. When the restoration company stopped answering messages when questioned about the status of the venture, McIntyre was forced to lose the house and contents in lieu of foreclosure.”

A fully functional 501(c)(3) is in place and ready to take over the project with the hardest work already complete, according to McIntyre.

Interested parties can email McIntyre at realninasimone@gmail.com with contact information to pass on to the current owner of the home.

More information about the project can be found at www.facebook.com/NinaSimoneBirthplace.