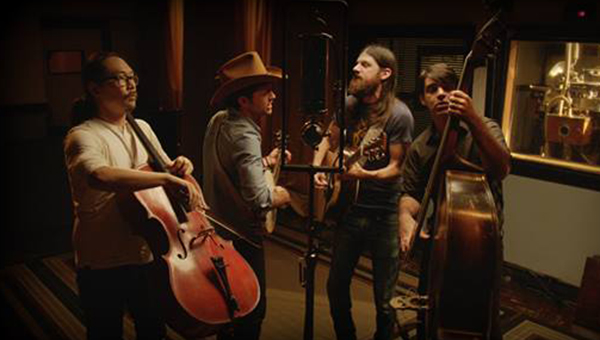 UK filmmakers Bernard MacMahon and Allison McGourty return to visit Tryon next week for a special event in their honor and in support of their film, “American Epic.”

In October, after visiting Sundance and the Calgary Film Festival with portions of “American Epic,” Bernard brought “American Epic” to Tryon, where it was first shown in its final cut at the Tryon International Film Festival. The documentary film series was enthusiastically received by both audiences and judges, winning two major awards.

This series, which will officially launch in April on PBS and worldwide, documents and brings to life the everyday people and amazing sounds of early American music. From the Carter family of the Appalachians to the jug bands of Memphis, “American Epic” captures the spirit and rhythms of the musicians who created the beginnings of country music, rock and roll, the blues, and so much more.

As a further celebration of “American Epic,” and the connection of our area to the roots of American music, we will be showing a segment of the series, entitled “American Epic: Sessions” at a special event on Monday, Dec. 12 at The Depot in Tryon.

We will show the first half of “Sessions” beginning at 6 p.m., then will break at 7 p.m. for hors d’oeuvres and a short talk by Bernard and Allison about the project and opportunities to join the “American Epic” team, before continuing with the rest of “Sessions” to finish out the evening. We encourage you to attend and to contribute toward this project.

For more information or to sign up for this event go to eventbrite.com/e/american-epic-celebration-fundraiser-tickets-30064295116 or email busersusan@yahoo.com.

KK Cattle Inc. of Tryon is a new member of the American Angus Association, reports Allen Moczygemba, CEO of the... read more