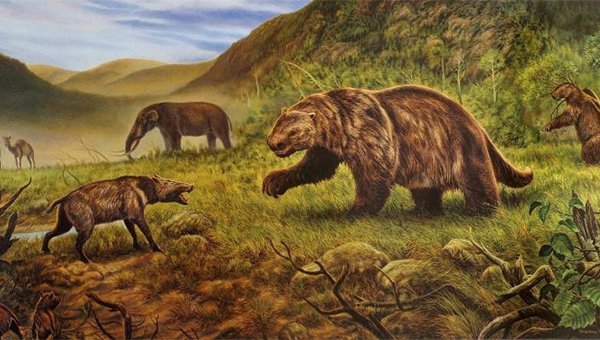 Animals and plants that were found in this region 20,000 years ago will be the topic of PAC’s next education program.

On Saturday, Oct. 22, at the Anne Elizabeth Suratt Nature Center at Walnut Creek Preserve at 10:30 a.m., join Pacolet Area Conservancy as they host a free education program presented by Dan Lazar on “The Southern Appalachians During the Ice Age.”

During the presentation, Lazar will discuss the animals and plants that were found in this region 20,000 years ago. He will also present evidence suggesting the former occurrence of now-extinct species such as Jefferson’s Ground Sloth and the American Mastodon. The presentation will show images depicting ice age species still surviving in our southern mountains.

Dan Lazar served for many years as director of education at the Western North Carolina Nature Center, followed by several years as executive director of the Colburn Earth Science Museum.

Dan has a degree in forest biology from the State University of New York, College of Environmental Science and Forestry at Syracuse. He has been an instructor in the Blue Ridge Naturalist Certificate Program at the North Carolina Arboretum since 2005, teaching a variety of classes including ecology and geology of the Blue Ridge Mountains, introduction to insects, tree identification, and meteorology. Dan also has co-hosted “Nature News,” a weekly radio program broadcast on WTZQ Hendersonville, since 1993.

To the editor: The lack of pressure in retirement living here in the splendid isolation of beautiful Polk County, N.C.... read more