Our veterans who served our country: Diana (Lynne) Hannant 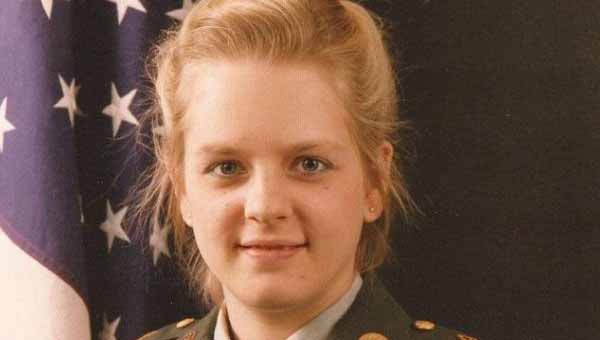 For some veterans, military service was a way to find a direction in life. Taking the good with the bad, they found they could rise up to be the best they could be.

Diana (Lynne) Hannant was born in Valdese, N.C., but her mother moved to Detroit, Mich. when she was three and she lived between Detroit and Valdese with her grandmother. Although she attended schools in both states, she graduated from East Brook High School in Valdese. Looking for more direction in her life, in the winter of 1985 she opted for delayed enlistment in the U.S. Army.

“I felt I needed structure and should go to college or get some sort of training. I had two uncles on my mother’s side that served in the Army, one in Vietnam and the other during the Cold War. My basic training started in April 1986 at Fort McClellan, Ala. It was hot, sticky, and pretty bad. To make matters worse, I broke my hand in Bivouac. I couldn’t graduate with my class and was held back for two months. During that time, since I had clerical skills, I worked in the Drill Office.”

“I went to Advanced Individual Training  (AIT) for Personnel Management Specialist at Fort Ben Harrison in Indianapolis, Ind. When I enlisted, for my Military Occupational Specialty (MOS) I was given the choice of Germany or Korea. That was a no-brainer to me because I always wanted to see Europe, so I went to Germany where I served as a deployment clerk in the Third Armored Division.”

“While serving in Germany, I learned that I was strong and smart and that I could follow instruction and excel. I obtained a perfect score (1,000 out of 1,000) on the Non-Commissioned Officer (NCO) board, which was a first in my division. I was also awarded ‘Best Port Call Rate in USAREUR’ for having the least amount of missed flights out of Europe.”

Hannant left active duty in 1990 and was immediately recruited to work for the local telephone company (CENTEL) in Hickory, N.C. After working in that industry for 10 years, she moved on to radio sales, wireless sales, and then entertainment sales in Greenville, S.C.

In 2009, she married Ivan Hannant and shortly afterwards began to feel the effects of having a systemic autoimmune rheumatic disease (SARD), possibly due to exposure to chemicals during her service. Since her husband was from Derbyshire in the United Kingdom, he wanted to move to Polk County because it reminded him of home so they moved there in 2010.

By 2013, the disease got much worse and Hannant became dependent on her husband for everything from getting out of bed to dressing herself and even bathing. She spent much of the day on a walker and her rheumatologist suggested a strong medication that had the potential of life-threatening side effects.

Opting not to take it, she decided to make a quilt to take her mind off of the pain. Obtaining a sewing machine, she looked for someone to teach her how to sew at a quilting store in Landrum. Arriving during an event where two of the four women attending had SARD, she discovered that they were on the medication she was afraid to take. She talked to them about the drug as they taught her to sew.

That night, she went home energized and decided to start the medication. The day after her first dose, she was able to get out of bed on her own, walk across the room take a shower and wash and dry her hair by herself!

In the past three years, Hannant has made close to 50 quilts, donating many of her creations to local organizations like Hospice of the Carolina Foothills, the Foothills Animal Shelter, and the Ronald McDonald House in Greenville. The American Legion in Tryon displays one of her quilts in a glass case in their event area. The same quilt has also been on display at the Flag Museum in Columbus.

Hannant now teaches others how to make quilts and says she feels lucky that, instead of withering away, her disease has helped her to flourish in this tiny community that she now calls home.