Our veterans who served our country: Richard “Dick” Belthoff 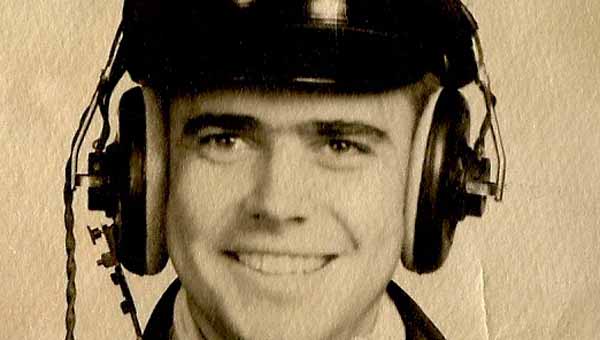 Many who serve in the military learn the importance of being part of a team and doing what you could to serve. Like Richard “Dick” Belthoff, they continue to volunteer as an important part of their community.

Growing up in Ridgefield Park, N.J., Belthoff graduated Ridgefield Park High School in 1950 and attended Rutgers University, where he took Air Force Reserve Officers Training Corps (ROTC) and was in the reserves. Graduating in 1954 with a bachelor’s degree in business administration, he went into active duty with the U.S. Air Force as a second lieutenant.

“They assigned me to pilot training and I attended Basic Flight School in Kinston, N.C., where I flew a Piper Cub (PA-18) and a yellow single-engine propeller called a T-6. I went for additional training in multi-engine planes at Reece Air Force Base (AFB) in Lubbock, Texas and flew a two-engine World War II (WWII) bomber called a B-25. While at Reese, I was promoted to first lieutenant before going to Randolph AFB in San Antonio, Texas for further training. There, I flew a four-engine WWII bomber, the B-29.

“Similar to my brother, Bob, who went into the Marines in 1946 when WW II was about over, I served after the Korean War hostilities had officially ended in 1955. I stayed in the service to fulfill my commitment and was stationed in Donaldson AFB in Greenville, S.C. and flew a C-124 four-engine cargo plane all over the USA, parts of Europe, and the Caribbean delivering mostly cargo, missiles, and troops. There wasn’t much to do when I wasn’t flying, so I also volunteered to take over the duties of the Squadron Supply Officer.

“From August, 1957 to January, 1958, my squadron was assigned to six-months temporary duty at the Rhein Main AFB in Frankfurt, Germany where I enjoyed the best officer’s club in the world. In addition to my duties as the supply officer, I flew cargo and supplies all over Europe, Asia Minor (including Saudi Arabia), and North Africa while I was there. Although I bragged to my crew not to worry because I had studied six years of French in school, when we landed in Algiers I couldn’t understand them at all. Boy was my face red when I was forced to ask if anyone spoke English!

“Being in the service and part of a crew, I learned that everyone was important and had to know and be able to do their job. It taught me how it was important to participate and join up to do things, which is why I volunteered to be the supply officer besides my main duty as a pilot. During my military career, I flew over 1,300 hours and my only regret is that I did not stay another year in the service so I could go to Antarctica and could then brag that I had visited all of the continents during my military and business careers.”

Returning to the Donaldson AFB to complete his active duty in 1958, Belthoff attended  Rutgers to complete a master’s degree in business in 1962. He then elected to join the 355th Troop Carrier Squadron with an Air Force Reserve unit at the McGuire AFB in New Jersey to fly a C-119 and was promoted to captain.

He married Barbara Erdmann in 1956 and they settled in New Jersey, where they raised their three sons, Rick, Jim, and John. Working for Warner Lambert Company for over 32 years, he started in production and inventory control and worked his way up to senior manager of packaging development, which required significant travel around the world before he retired in 1991.