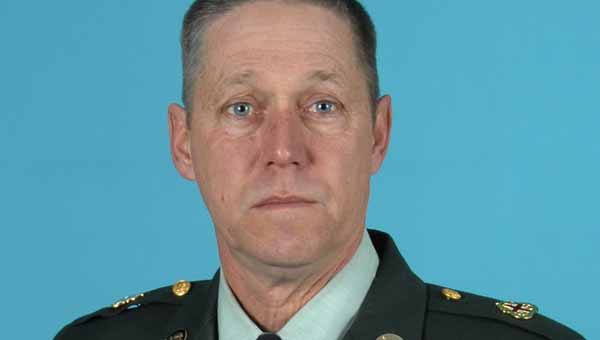 Bevin Corbin grew up all over the world because his dad, Robert Corbin, was in the Air Force until he retired after 23 years of service. He graduated high school in Exeter, N.H. in 1972 when the war in Viet Nam was still waging, but the U.S. had stopped sending troops. He had three older brothers, but only one was serving in the military at the time.

“My brother who was in Nam told me not enlist because I was short and they would make me a ‘tunnel rat’ sent underground in dark booby trapped tunnels to clear out the North Vietnamese hiding there. I waited and enlisted in the Army three years later in 1975.

“After completing my basic training in Fort Dix, N.J., I went to Fort Bliss, Texas for Air Defense Artillery training. Then I was assigned to Fort Campbell, Ky. as my permanent duty station with the 101st Airborne Division to a Red Eye platoon. We went out on jeeps with shoulder-fired anti aircraft missiles called Red Eyes (now called Stingers) to provide the air defense for the 2/502nd Infantry Battalion.

“In 1978, I was re-stationed in South Korea at Camp Mosier, the same post as the 4077th Mobile Army Surgical Hospital (MASH) that was in the movie “M*A*S*H.” By that time, the tents had been replaced with Quonset huts, but the sign ‘The Swamp’ was still on display. I hit the ground right after the “Liberty Tree” incident when we almost went back to armed conflict with North Korea. While I was there, I flew out on a helicopter once a day to feed a hot meal to our platoons that were deployed overlooking the Korean Demilitarized Zone (DMZ).

“We kept the spirit of the 4077th alive by joking around to ease the tension just like in the movie. While serving in the military, I learned I could put up with a lot of hardship and bad weather than I thought I could. My superiors made a lot of decisions that didn’t make sense to me, but I learned to just do I what I was ordered to do.

“After Korea, I was stationed in Fort Bliss, Texas with the 1/61st Air Defense Artillery battalion until my Expired Time in Service (ETS) and my contract was up. I moved back to New Hampshire for 13 months and decided I liked the military and went back in for four more years of active duty in the regular Army in 1981. I was stationed in Giessen, Germany where I met and married a German woman and together we had a daughter we named Sarah.”

In 1985, the Army enacted a downsizing and targeted all veterans who joined before June of 1976. Because he had enlisted in 1975, Corbin was forced to leave the military with the other Viet Nam era veterans. Two years after returning to New Hampshire, the Corbin’s divorced. Eventually attending college in Wyoming under the GI Bill, Corbin earned an associate degree in computer information systems.

In 1995, he joined the Army National Guard in Wyoming and in 2001 transferred to Nevada to attend the University of Nevada Reno (UNR) to work on a bachelor’s degree, but Operation Desert Storm started in 2004 and he was called into full time service. He instructed leadership courses for the 1/421st Regional Training Institute (RTI) in Reno and all over the United States for units being deployed overseas.

In 2006, he volunteered for deployment but, because of a minor heart condition, could not serve overseas. Instead, he was deployed as a platoon sergeant to a Community-Based Warrior Transition Unit (CBWTU) in Utah where he served for four years on orders from Operation Desert Storm, Operation Noble Eagle, and Operation Enduring Freedom.

Corbin met his present wife, Beth Michaud, in 2009 at a class reunion. His mobilization orders ended in 2010 and he retired after 28 years of service. The couple moved to Columbus, N.C. to live in a house his wife inherited from her uncle.

Still involved with the military, Corbin currently serves as VFW Post 9116 commander in Columbus; Polk County Veteran Memorial Honor Guard commander; president of the Patriots Salute to Veterans Association; and as treasurer/secretary of the American Legion Post 250 in Tryon.

He also serves on the Town of Columbus Planning and Zoning Board and was selected to serve a two-year term as a veterans’ representative on the newly formed Consolidated Human Services Agency Governing Board for Polk County.