Approaching nearly 50 years of marriage, the Lawlers have something to celebrate this Valentine’s Day

John and Johanna Lawler are just two of the familiar faces seen at Tryon Estates on a daily basis. This year, they have half a century of memories to celebrate including their first date.

“February 12, 1966 was our first date,” John Lawler said. “This Friday marks the 50th anniversary. I was in the Air Force in Berlin, Germany and Johanna is from Berlin. She worked on the Air Force base in Berlin as the education officer’s secretary and I was taking University of Maryland classes.”

John said he met Johanna while he was enrolling in classes and asked her out. He did not know much about Johanna, except maybe her name, and their only previous conversations were when John needed information regarding classes.

Their first date took the couple to the French Non-Commissioned Officers’ club in Berlin, where John and Johanna ate at a restaurant run by the French military, and they had escargot and French bread for dinner. 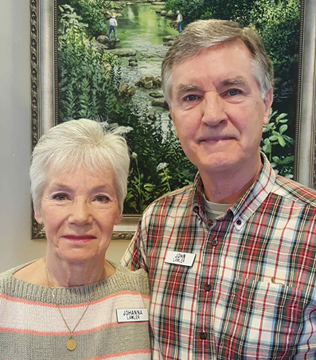 “At the time, Berlin was occupied by the French, the British and the Americans and the French had the best restaurant, so I took her there,” Lawler said.

Meeting Johanna was a natural thing, according to John, where things just clicked between the two. The couple married six weeks later, on April Fool’s Day in 1966.

“We fell into it, got married and went on and lead our lives,” John said. “It was rather extraordinary.”

Moving from Berlin to California became the first major step in the Lawlers’ life together after John finished serving with the military, according to Johanna.

“It was especially extraordinary when we had to pick up from Berlin and go all the way to California,” Johanna explained.

Within a couple of months of getting married, John wanted to go to school in California right out of the military and he knew it could be done as an in-state resident on the G.I bill. Having to convince Johanna to move away from her home was no challenge.

“There was no convincing, it was just natural,” John explained. “It was my plan before we got married and I just told her about the plan, and she basically said ‘Okay, when do we pack?’”

After college, John started a career in aviation as a pilot. Johanna became a secretary for a life insurance firm.

Traveling the world became a hobby for the Lawlers while John was serving with the Navy after not finding work with any airlines.

“When the airlines weren’t hiring, I went to the Navy and she became a Navy wife,” John said.

During his time with the Navy, John and his wife were either stationed in Virginia, where John would be with squadrons on the aircraft carriers, or in international places doing shore duty assignments in countries like Italy and Belgium before going back to Virginia for flying in carriers.

“We ended up back in Germany, and we traveled that way,” John said. “Of course, Johanna is from Germany and I actually majored in German in college so that I could converse with her and her family although they speak English as well.”

After retiring, the Lawlers have continued to go back and forth to Europe through a series of home exchanges for the last nine years.

“We swapped our Florida home for a month in Germany, in Switzerland for another month, and Italy another month and Austria,” John explained. “We travel three or four months every year doing that. By the way, it’s a great way to travel, it’s cheap and it’s over because we can’t do that anymore since we’re here at Tryon Estates.”

John and Johanna moved to Tryon Estates two months ago. John’s mother was living at the Vero Beach Indian River Estates ACTS community in Florida, where they spent about nine years after he retired from his second career as a flight instructor.

Johanna said moving into an ACTS community after becoming familiar with the company was a given when they relocated to this area.

“We wanted to come up here to the rain and the seasons,” John said. “We love to hike and the mountains are here and it snows every once in a while. We’ll still travel to places like the southern German Alps and rent a home there for about six weeks at a time where the hiking is good, the food is great and the beer is good. That’s the life, for sure.”

The Lawlers have no special plans to celebrate Valentine’s Day this year other than what John refers to as a “routine Sunday.”

“We’ll go to church, have a nice lunch here and then go have dinner with friends from church,” John said. “Curiously enough, we don’t have any big plans, but we always get a cute card for each other. That’s our big Valentine’s Day extravaganza.”

Their advice to other couples is simple, John said, and involves taking things one day at a time.

“It’s nothing more than taking things one day at a time, one step at a time,” John explained. “Life is just a series of minor corrections.” 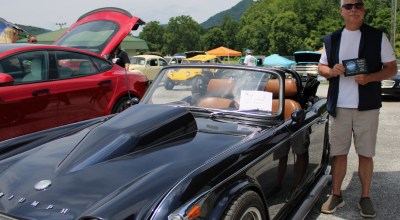