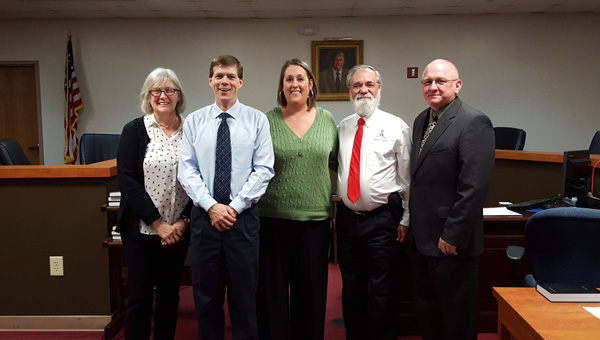 Newly hired Polk County Elections Director Cliff Marr was officially appointed by the state recently, welcomed by the Polk County Board of Commissioners and sworn into office.

Marr was recommended to be the new elections director by the Polk County Board of Elections and was officially appointed by the state board of elections recently. Marr began his employment in Polk County on Thursday, Jan. 28.

The county had been without a permanent director since September 2015 when former director Karen Lawrence resigned to take another director’s position.

Marr worked for the Henderson County Board of Elections for the past eight years.

Polk County Manager Marche Pittman,  as he welcomed him to the position, said Marr graduated with honors with a BA in mathematics from Brevard College.