Our veterans who served our country: Paul Kiefer 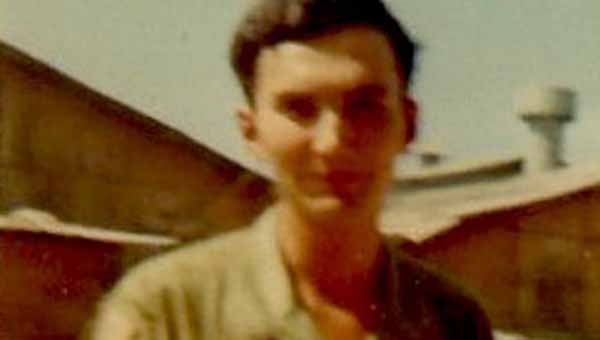 For some, serving in the military seemed inevitable, especially with the draft. Fortunately, those who served had the opportunity to learn a skill, which helped once they became civilians again.

Paul Kiefer grew up on a farm in Fort Atkinson, Wisc. His father, Aaron, had served in the Army Air Force in WWII as a reconnaissance pilot in Europe and India. At the time he graduated Fort High School in 1967, his older brother, Don, was serving in the Army Infantry in Viet Nam, so sensing it would be more or less inevitable that he would be drafted, Kiefer took off for Long Beach, Calif. on a motorcycle three days after he graduated to explore the west coast and the California girls. By November, he decided to volunteer for the draft in order to serve in the Army for only two years instead of three.

“Two days after I was in, I enlisted for three years because they said I could chose a service school. After that, I was able to go to helicopter school as a mechanic because I had a good mechanical background having grown up on a farm.

“Basic training at Fort Campbell, Ky. was easy because it was in the middle of winter, so they bussed us out to bivouac instead of marching out there in the rain. After that, I went to Fort Eustus, Va. for helicopter mechanic training and graduated with high honors at the top of my class and was promoted to Specialist IV before being sent to Viet Nam. I was assigned to the 101st Airborne Division and stationed by the demilitarized zone (DMZ) south of Phu Bai. I served there for two years and 25 days.

“One of the highlights of my service was being with a bunch of guys doing the same thing as me. It was like belonging to one big club and the camaraderie was great. I also learned a lot about myself. I realized that I hated to take orders, even though I did because I had to.

“When I was in, you were pals with people from different states who shared the same interests about things in civilian life. When I got out, I lost touch. I had one good friend, Bruce Greenwood, who died in combat. It meant a lot to me to see his name on the Viet Nam traveling wall when it was in Green Bay, Wisc.”

Kiefer left the service in August 1970 with an honorable discharge and went home to Wisconsin. He bounced around from one job to another, trying find something he enjoyed doing for a living. With his mechanical training, he was able to get a job working for a John Deere tractor dealership and for a semi truck repair shop.

He met Gail Paschke when he was working for a carnival and they married in 1974 and had two children, Deanna and Ryan. After their divorce in 1985, Kiefer tried several other jobs before going into the antique refinishing and furniture repair business for himself called Rite Tite Antiques.

He married Jan Manney in 2006 and the couple visited Jan’s friends in Mill Springs and fell in love with the area. They enjoyed the warmer weather and moved to Landrum, S.C. in 2012. Kiefer is now retired and works for Habitat for Humanity. He also belongs to the local Polk County American Legion where he volunteers for bingo night and helps with the building maintenance.