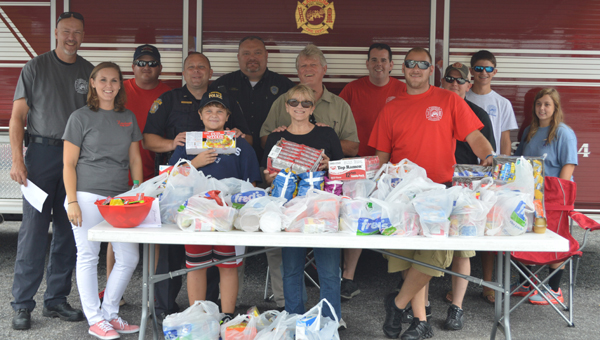 With the assistance of the Landrum Fire Department and Landrum Police Department, the Backpack Ministry held a food drive on Saturday, Aug. 22 at Fred’s in Landrum. The program is a joint effort between the First Baptist Church of Landrum, Landrum United Methodist Church and the City of Landrum. The Backpack Ministry program provides weekend meals for approximately 65 children. “We really appreciate the support from the community,” said Jody McPherson, Missions Coordinator at LUMC. “People step up every month to make this happen.” Donations to the program can be made at Landrum City Hall or Landrum Fire Department. (Photo submitted by Brandon Shanesy)

By Mark Schmerling   Landrum Library’s new branch librarian, Anna Pilston, took over that position on June 15 after the retirement of... read more