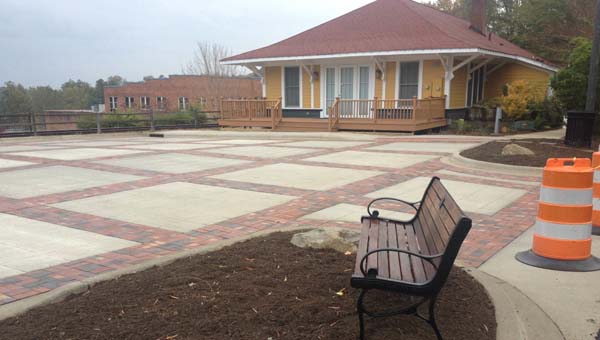 Tryon’s Depot Plaza project was finished this week just in time for tomorrow’s Beer Festival to be held there. Meanwhile, a project began on Trade Street this week to replace the sidewalk between Owen’s Pharmacy and Buck’s Pizza. Both projects, along with a recent upgrade to Maple Street downtown were contracted by Trace & Company. (photo by LeahJustice)

The South Carolina Department of Transportation is currently investigatingthe future of the Lake Lanier Bridge over the dam that is... read more