Polk board of elections recommends Lawrence for new director

by Leah Justice
The Polk County Board of Elections is recommending former deputy director Karen Lawrence as the new elections director.
The board of elections met Tuesday, Sept. 2 and approved recommending Lawrence to replace former director Tracy Waters, who resigned last week after being the director since 2013. 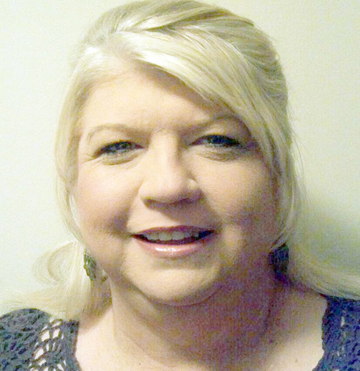 Lawrence has been Polk’s deputy elections director since 2004 and prior to that worked in the Henderson County Elections office part-time for two years.
Polk County Board of Election Chair David Moore said the board based its decision to offer Lawrence the job solely on her experience.
Lawrence has almost 13 years of experience working in elections in North Carolina, Moore said, as well as holding a master’s degree in public administration.
Lawrence holds an associate’s degree in business administration, a bachelor’s degree in technical management as well as a master’s in public administration.
Lawrence is also currently attending Duke University’s theological program and serves as the local pastor of the Bethlehem United Methodist Church in Mill Spring.
She is also a certified N.C. Elections Administrator, holding that certification since 2009 and renewed it in 2013.
“I’m excited and grateful that the board of elections has confidence in my experience,” Lawrence said. “I love Polk County.”
Lawrence lives in Mill Spring and grew up in Saluda.
Moore said the board wants to take its time to hire a deputy director to replace Lawrence to ensure the right person is hired. With the general election just two months away, Moore said there are several part-time employees willing to step in one already working five to six hours per day in the election’s office.
The county board of elections recommends candidates for the director position. The county board will send its recommendation to the state board of elections for final approval.
This year’s election is gearing up with Sept. 5 being the first day absentee by mail begins. The last day to register to vote or change voter affiliation is Oct. 10 and one-stop, or early voting begins Oct. 23 and ends on Nov. 1.
The general election, where Polk County voters will choose candidates for county commissioner, sheriff, board of education members and the clerk of court as well as some state, national and judge positions, will be held on Tuesday, Nov. 4.