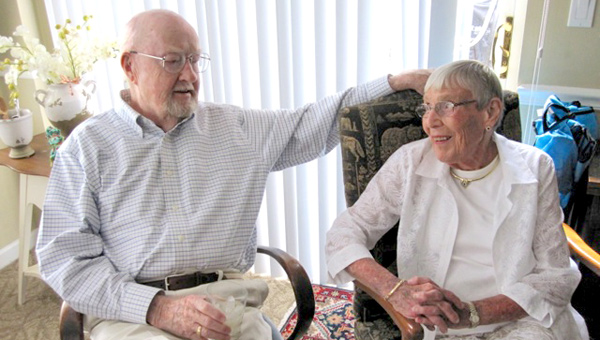 Roy and Phyllis Conrad of Tryon Estates celebrated their 70th wedding anniversary on June 19.  Married in Trenton, Ill. in 1944 Roy had recently been commissioned as a Second Lt. in the Army Air Force.  They were married at Phyllis’ parents home and immediately left for the East coast where Roy was reporting for duty. They have four children and a number of grandchildren and great grandchildren.
– article submitted
by Ralph Collins