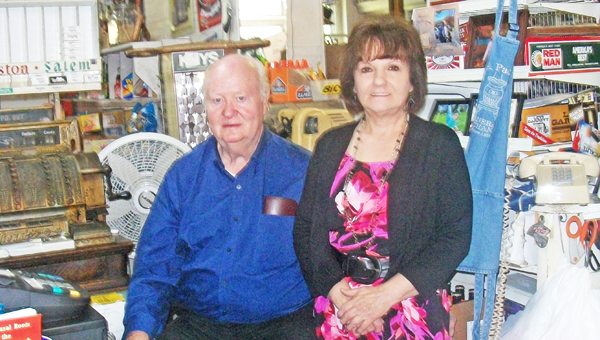 Leon and Judy Morgan will celebrate their 50th wedding anniversary with a drop in reception at the Saluda Senior Center on Sunday, Aug. 25 at 6:30 p.m.
Leon and Judy were married on August 26, 1963 in Spartanburg, S.C.
Leon is the son of the late Leland and Lucy Morgan of Saluda. Judy is the daughter of the late Alfred and Pauline Anderson of Hendersonville. The Morgan’s are the owners of Somewhere In Time, an antique store, and M. A. Pace General Store in Saluda.
They are very active in the town; Leon is currently on Saluda City Council as a commissioner. They have raised three lovely daughters; Tammy Frisbee, Tangela Ciarvolo, and Tonya Pace. They also have three grandchildren; Scarlett Frisbee, Cynthia Pace, and Lathan Pace all of whom live in Saluda. (photo submitted by Tangie Ciarvolo)

Dear Savvy Senior, Are there any programs that you know of that help seniors with their Medicare expenses? I’m 67... read more