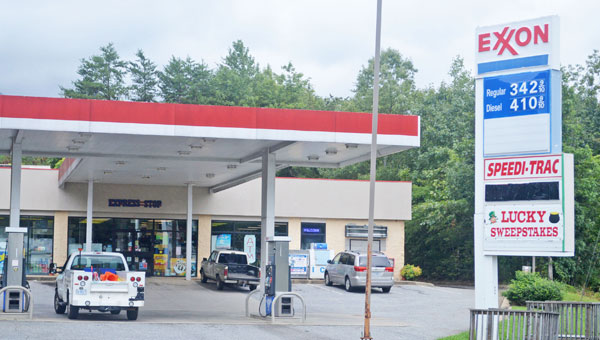 The Town of Columbus already restricts electronic gaming machines to the four corners of the interstate, but after drastically reducing its fees for the machines for fear of a lawsuit, the town is researching how to restrict the number of machines allowed in each business.

“Dropping our fees sort of opened us up,” said councilman Ricky McCallister. “That’s opened it up for more people to want to do it.”

The former Shell station, which currently sits empty, was specifically mentioned as one of the four locations in town allowed to have the machines.

Columbus attorney Bailey Nager said expert advice from the N.C. Institute of Government indicates the town can restrict the number of machines a business can have, but the town would have to articulate reasoning for the limitation. Currently the most machines one business has is four in Columbus.

Examples for limiting the amount of machines from David Owens with the Institute of Government include traffic, parking and impacts on neighbors.

Nager said one thing Columbus could say is that it is a very small town. If Columbus had a parlor with lots of gaming machines that would feel out of scale, said Nager. Columbus could also cite parking, he said.

Nager said there’s no way to know what will happen until the town places restrictions because there aren’t any current cases regarding the number of machines. The town lowered its fees following the City of Lumberton losing a lawsuit over its fees, which were deemed to be out of scale with other privileged license fees.

“You’re trying to balance their right to do business with various community issues,” Nager said.

Columbus Town Manager Jonathan Kanipe said his initial thought would be to see if there are other towns that have done both things Columbus is contemplating; limiting locations where machines can be and additionally limiting the amount of machines in those areas.

Kanipe said there could be an argument that those kinds of hardships are difficult.

Kanipe said another issue is the machines currently being used may be illegal. Gaming machines were recently deemed illegal in North Carolina then the machines were changed and new ones have been installed. It will be up to the district attorney to determine if new machines are legal or not.

Council decided to continue looking into ways to restrict the number of machines allowed per business and also said it wants N.C. Department of Transportation data at the interstate intersection on traffic and accidents near where gaming machines are allowed.

District One students head back into classrooms