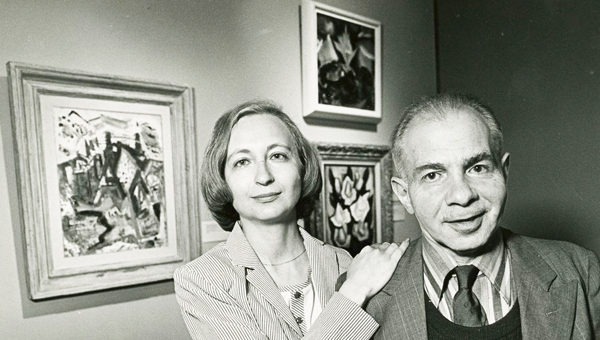 The Upstairs Artspace is screening a fascinating documentary film about art collecting on Tuesday, Aug. 20 at 6:30 p.m.

“Herb & Dorothy” is about Dorothy and Herbert Vogel, a humble couple in New York City who, in the course of a long married life, built one of the most important contemporary art collections in history.

Herb was a postal clerk and Dorothy was a librarian. Starting in the 1960s, they discovered many artists who eventually became art world superstars; artists like Andy Warhol, Sol LeWitt, Chuck Close, Donald Judd, Christo and Jeanne-Claude. 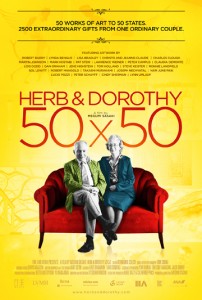 The Vogels had two criteria for their acquisitions (paid for mostly with Herb’s salary): the art had to be affordable, and it had to fit in their small, one-bedroom apartment. By the time they stopped collecting in the 1990s, they had more than 4,000 works, most of which they gave to the National Gallery of Art.

“Herb & Dorothy” promotes understanding about collecting art as well as an appreciation for the current exhibit, “Seeing Is Believing: The Collection of Ray Griffin and Thom Robinson.” The exhibit is up for another two weeks, closing on Aug. 31.

The film is free and open to the public. Doors will open at 6 p.m.; light refreshments will be served. Donations are encouraged in order for the Upstairs to continue offering important films about visual art. For more information, call 828-859-2828.

Rita Landrum, right, with Gwen Suesse, president of the Tryon Concert Association, after Landrum was presented with a token of... read more