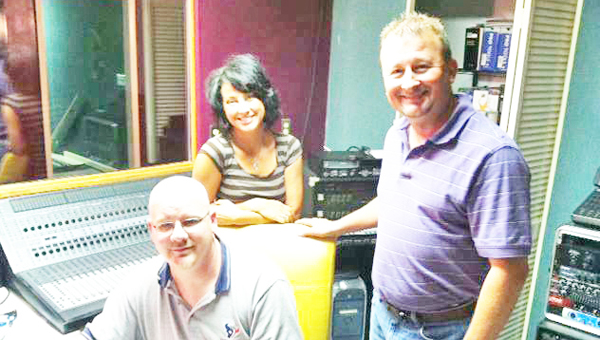 David Coffin, food service director at St. Luke’s Hospital (SLH), has been active in Christian music ministry in North Carolina and South Carolina for almost 20 years, including the 11 years he has worked at SLH.

During that time, he has performed and lead worship at many churches in the area both as a solo act and as part of the Christian rock band MSF (Mustard Seed Faith).

Coffin has also promoted many Christian concerts in Rutherford and Polk counties, including such acts as Building 429, Todd Agnew, Kevin Thornton, Jill Parr and Harris III.

After taking a nearly two-year sabbatical in which God gave him rest and refreshment, Coffin is ready to get back to the ministry God has called him to do. He plans to launch a comeback with Faith Music Group (FMG), a studio/music label in Sanford, N.C.

On Aug. 1, David and FMG agreed to a recording and booking contract.

Children, some even in costume, crowded between rows of books in The Book Shelf Thursday, Aug. 8 to let their... read more