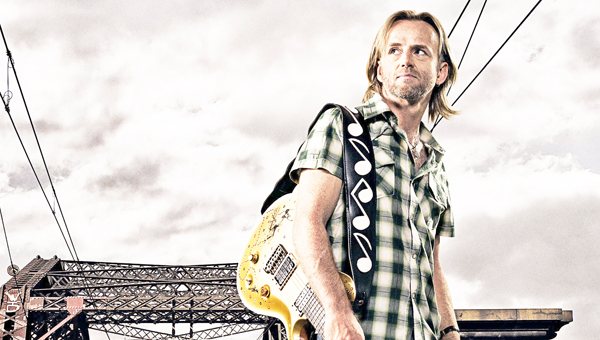 According to The Times of London, Australian blues/ roots artist Geoff Achison is “Possibly one of the most gifted musicians to arrive on the scene… His playing verges on the miraculous.”

Growing up in the small town of Malmsbury in southeastern Australia, Achison developed a passion for American blues music and taught himself to play on a beat-up instrument he discovered ‘under the stairs’ of the family home. Achison began playing music professionally in his father’s dance band at the age of 13.

He switched to bass at 15, playing mostly jazz. In his early 20s, he moved to Melbourne and was hired as lead guitarist with bluesman ‘Dutch’ Tilders. He formed his own band in 1995 and began travelling internationally. Achison has since toured the USA, UK and Australia many times releasing over a dozen albums. Along the way he has won several awards including the ‘Albert King Award’ in Memphis and Australia’s ‘Chain’ blues award for best band.