Alonzo “Lon” Vaden Brooks, husband of Leslie Brooks, passed away Tuesday, August 6, 2013 at home in Tryon, surrounded by loving, close family. He was the son of the late Edwin Alonzo Brooks and Geneva Fillingame Brooks.

Lon served in the US Navy aboard the USS Cleveland as chart custodian for the navigation department during the Vietnam War, from May to December 1969. He also spent two years in-country Vietnam operating with the Marines as a combat photographer. 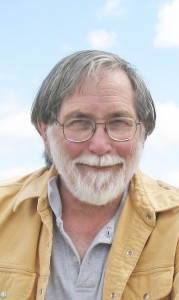 Upon discharge from the service, Lon returned to New England and attended Worcester Junior College, then transferred to the University of Alaska. Off to new adventures, Lon made the almost 5,000 mile journey in his Volkswagen Bug, camping along the way. He worked as a wildlife photographer and outdoor guide while attending college. Lon’s love for the outdoors continued when he came to Westborough, Mass. in 1974. He enjoyed sharing his skills with others and was an assistant leader for the Boy Scouts and leader of the Explorer Scouts.

Lon married Leslie E. Sertl in 1976 and they made their home in Boylston, Mass. He worked several years for Dresser Industries in quality control before pursuing a career in fine woodworking and remodeling. Many happy times were spent hiking, backpacking and cross country skiing in the White Mountains before moving to the Tryon area in 1995. Spending quality time with his family was especially important to Lon. He was always very supportive to both his son’s individual interests and pursuits. His creative abilities and exactness to detail shined through in both his work and at home.

He is survived by his wife, Leslie E. Brooks, and two sons: Corbin J. Brooks and Troy M. Brooks, all of Tryon; and his little dog, Mia. He is also survived by his sister, Jerry A. Brooks of Sevier, Utah and brother, Cecil Brooks of Harrisburg, Penn. A mother-law, Margaret Sertl, also resides in Tryon. A private celebration of his life will be held at a later date.

Sincere thanks and gratitude are offered to all the wonderful people of Hospice of the Carolina Foothills.

Memorials may be made to the Hospice of the Carolina Foothills, 130 Forest Glen Drive, Columbus, NC 28782.