Horse Creek Winery of Nashville, Ga. was the setting for the late afternoon wedding 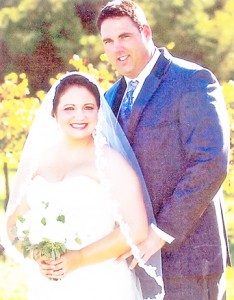 The groom is the son of Mark and Vickie Ross and Niceville, Fla. He is the grandson of the late Tollie P. and Lona Mae Ross of Tryon.

The Rev. Tommy Russey officiated at the double-ring ceremony during which the bride and groom lit a unity candle.

A reception followed at the winery.

The couple honeymooned in Savannah, Ga. They are now at home in Santa Rosa Beach, Fla.