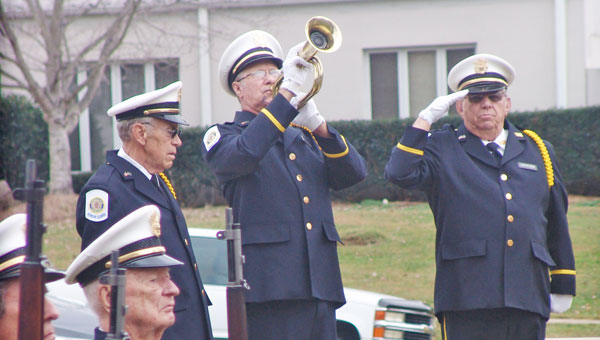 Otis Livingston, president of the Patriots Salute to Veterans Association, has announced that the Veterans Day National Committee has designated Polk County as a 2013 Veterans Day Regional Site.

“This is a wonderful achievement to receive this honor, particularly when you consider there were only 62 Regional Sites selected from throughout our nation last year,” said Livingston.

The Veterans Day National Committee recognizes and selects those Veterans Day observances throughout the United States that are representative of fitting tributes to America’s heroes.  The sites selected also serve as models for other communities to follow in planning their own observances.

General Eric Shinseki, secretary of Veterans Affairs, has notified NC Governor Pat McCrory of Polk County’s selection and has requested that he support its Veterans Day events. General Shinseki has also contacted the Department of Defense and requested their support for the county by appointing military liaison officers, if available, to coordinate assistance from the Armed Forces.

“This is quite a tribute to our county, especially since this is our first ever Veterans Day Parade,” said Julie Threlfall, chairman of the publicity committee for the association.

“It is also a great mark of respect for the brave men and women of our area – western Carolina and the Upstate – to be nationally recognized for their service to our country,” she added.