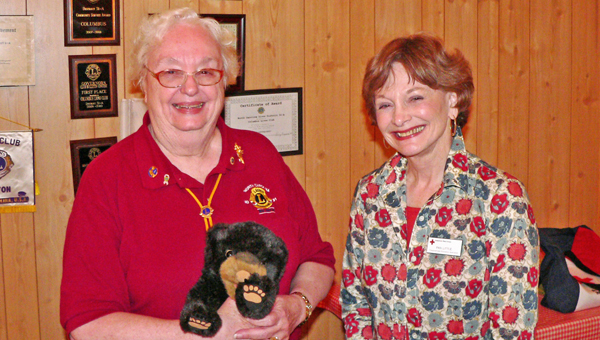 Little began her presentation to the Columbus Lions by asking whether they knew how to get out in case of fire. If they could feel their way without lights? Disaster preparedness is gathering information, then formulating a plan of action. In our society, the very young and very old are most at risk, and fire and disease are their biggest dangers. Little appealed for Lions to become Red Cross volunteers to be trained to teach young children, using their materials which include Cool Cat, Scrubby Bear and Patsy Possum hand puppets to “talk” to the children.