New Polk Board of Elections sworn in 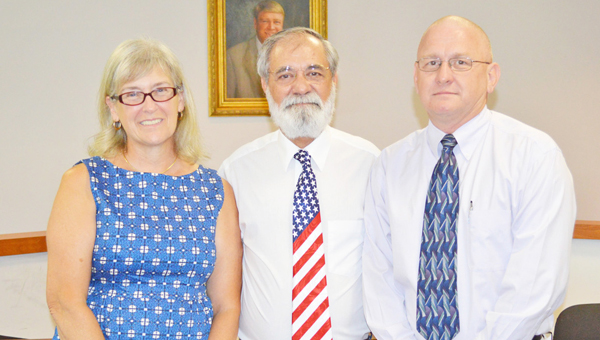 Sharon Goettert, Scott Woodworth and David Moore were sworn in Tuesday, July 16 as the new Polk County Board of Elections. (photo by Leah Justice)

Polk County officially has a new board of elections as three new members were sworn in during the board’s first meeting Tuesday, July 16.

The board appointed Moore as its new chairman.

The new board was appointed this year with a switch in political majority. Moore and Woodworth are registered republicans and Goettert a registered democrat.

Board appointments are made after the Polk County Democrat and Republican parties recommend nominees to the state committees who make recommendations to the state board of elections.

The new board replaces the former board of elections consisting of Becky Kennedy (D), Judy Arledge (D) and George Comparetto (R).