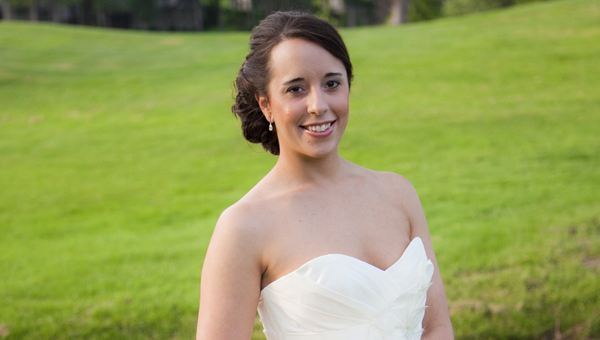 The Reverend Jeff Harris officiated the ceremony, followed by a reception at the Kenmure Country Club in Flat Rock, N.C.

Mrs. Harris is the daughter of Keith and Debbie Collins of Tryon and the granddaughter of
Wilbur and Ruth Collins of Landrum, and Martha Covil and the late Ned Covil of Tryon.

She graduated from UNC-Charlotte with a BSN. She is employed with Spartanburg Regional Hospital.

Mr. Harris is the son of Rick and Deena Harris of Hendersonville, NC and the grandson of the late Latha and Alice Harris of Columbus and the late Doyce and Alice McIntyre, also of Columbus. He graduated from Western Carolina with a degree in construction management.

Music was provided by Julie Miller. After a wedding trip to Jamaica the couple will make their home in Boiling Springs, S.C.