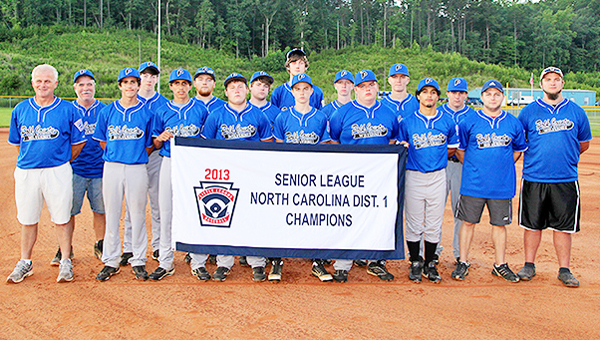 Polk and Forest City combined to form an all-star team that played in a district tournament held at Crestview Park in Rutherfordton, N.C.

Polk faced Cherryville in game one and won 5-3 with some great pitching by Tyler Campbell, Morgan Groves and Dean Cantrell.

Groves pitched the sixth and seventh innings shutting Cherryville down, while Cantrell came in for four pitches to finish the game.