The Work moves inside to TFAC July 5 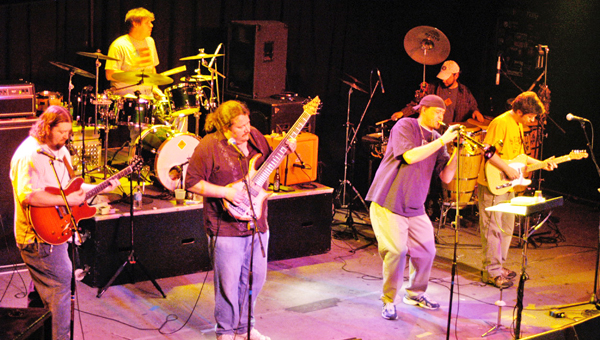 LOCATION CHANGE: The Work will perform this Friday’s Summer Tracks concerts at the Tryon Fine Arts Center because of weather predictions.

Rock-n-soul will fill the air in Tryon on Friday, July 5, when The Work takes the stage at Summer Tracks at 7 p.m. The Tryon Daily Bulletin is sponsoring the event.

Formed in Greenville, S.C., The Work’s upbeat, uplifting, horn-driven sound draws on influences from Curtis Mayfield to Miles Davis, with a micro-dose of the Grateful Dead in the mix. The band picks up where 70s funk and R&B left off.